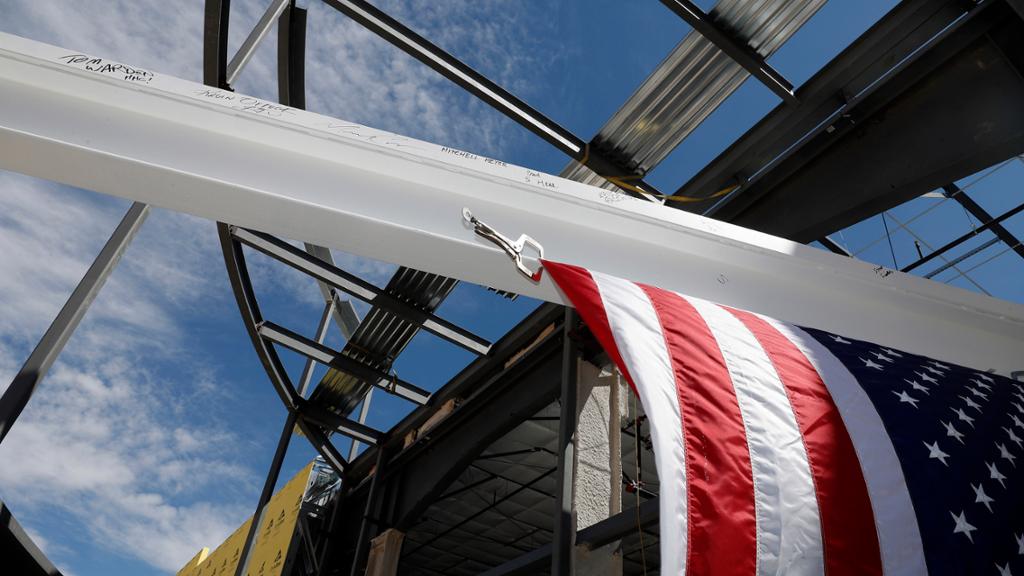 On April 21, 2017, the Vegas Golden Knights and Gillett Construction held a “topping off ceremony” to celebrate the placing of the final beam atop the roof of the team’s future practice facility in suburban Summerlin, 15 miles west of the team’s T-Mobile Arena.

When the first puck is dropped in less than 200 days’ time, the brand new state-of-the-art facility will feature two NHL sized ice sheets that will host not only the Golden Knights but also occasional visiting team practices.

Two of the primary goals for the facility are to provide the Golden Knights’ front office with a home base and also to ensure that the region’s adult and youth hockey has a regional hub.

Our schedule’s tight, but we seem to be pushing along. We haven’t missed too many days. That’s the good thing about Las Vegas, you don’t miss many days because of weather. I think the speed that the people work at here, these folks are used to putting up buildings in a relatively short period of time. The progress we’ve made to this point, I think is very much a reflection of how we we’ve done as a construction team.

The venue is intended to be open at the start of the team’s training camp this September. 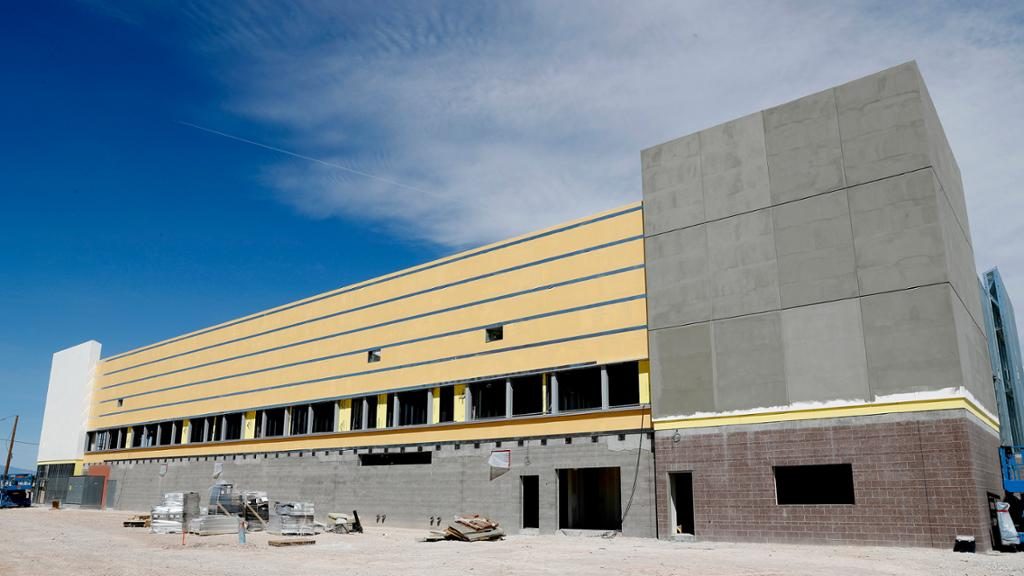 The Vegas Golden Knights were established by founding partners William Foley and his family, together with the Maloof family.

The team’s home games are played at the new T-Mobile Arena, which is a world-class facility capable of hosting almost any type of arena entertainment or event. It is also ‘sports-ready’, meaning it is able to host professional sports, such as basketball and, of course, hockey. The state-of-the-art arena, located on Park Avenue at Frank Sinatra Boulvevard (between the New York New York Hotel and Casino and the Monte Carlo Resort and Casino) opened in April 2016.

Main image (top): Those who have played an integral role in the construction process of the Golden Knights new practice facility left their signatures on the roof’s final beam. Courtesy: Vegas Golden Knights / NHL