Cambodian Prime Minister, Hun Sen, said at Tuesday’s groundbreaking ceremony that China’s support for the stadium – to be used as a host venue for the 2023 edition of the SouthEast Asian Games (SEA Games ’23) – is further evidence of the two countries’ close cooperation; Beijing has provided millions of dollars in aid and investment for Cambodia over the past decade, and in return has secured its political support in international forums.

The new stadium, which is located some 10km (6 miles) north of Phnom Penh, will have a capacity of 60,000, making it the country’s second largest stadium after the new US$200m National Stadium that is being built as the centrepiece of the new Morodok Techo National Sport Complex in Phnom Penh, which will seat 70,000 and is scheduled for completion in 2019. 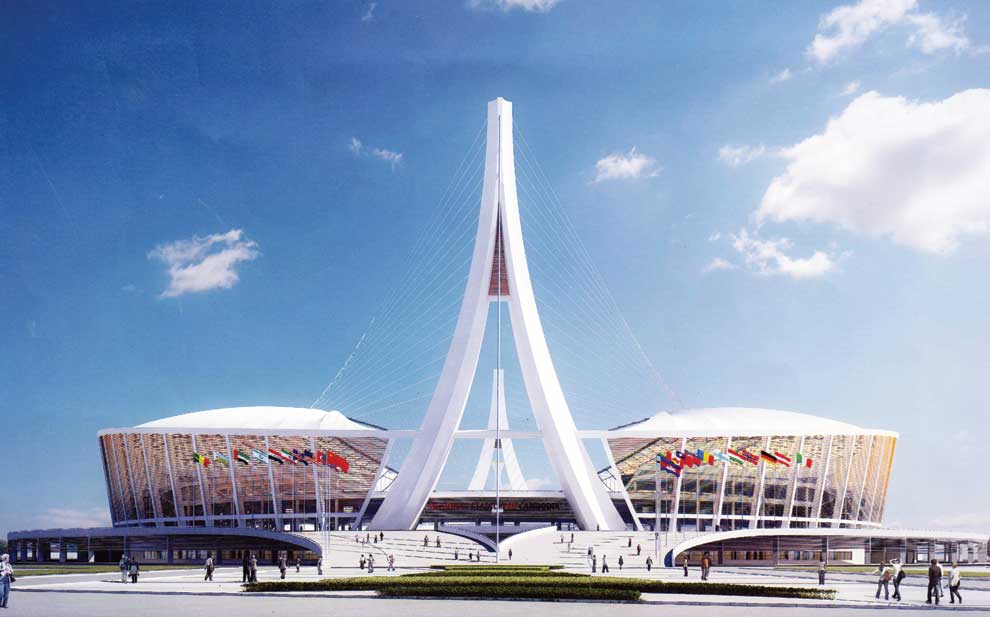 The greater stadium area, covering 16 hectares (40 acres), will be used for soccer, rugby and athletics, and is part of a sports complex encompassing 85 hectares (210 acres).

Cambodia joined the SEA Games as a participating country in 1961, but the 2023 Games will mark the first time in history that the country has hosted the event.