D.C. United’s plans for new stadium finally given the go-ahead 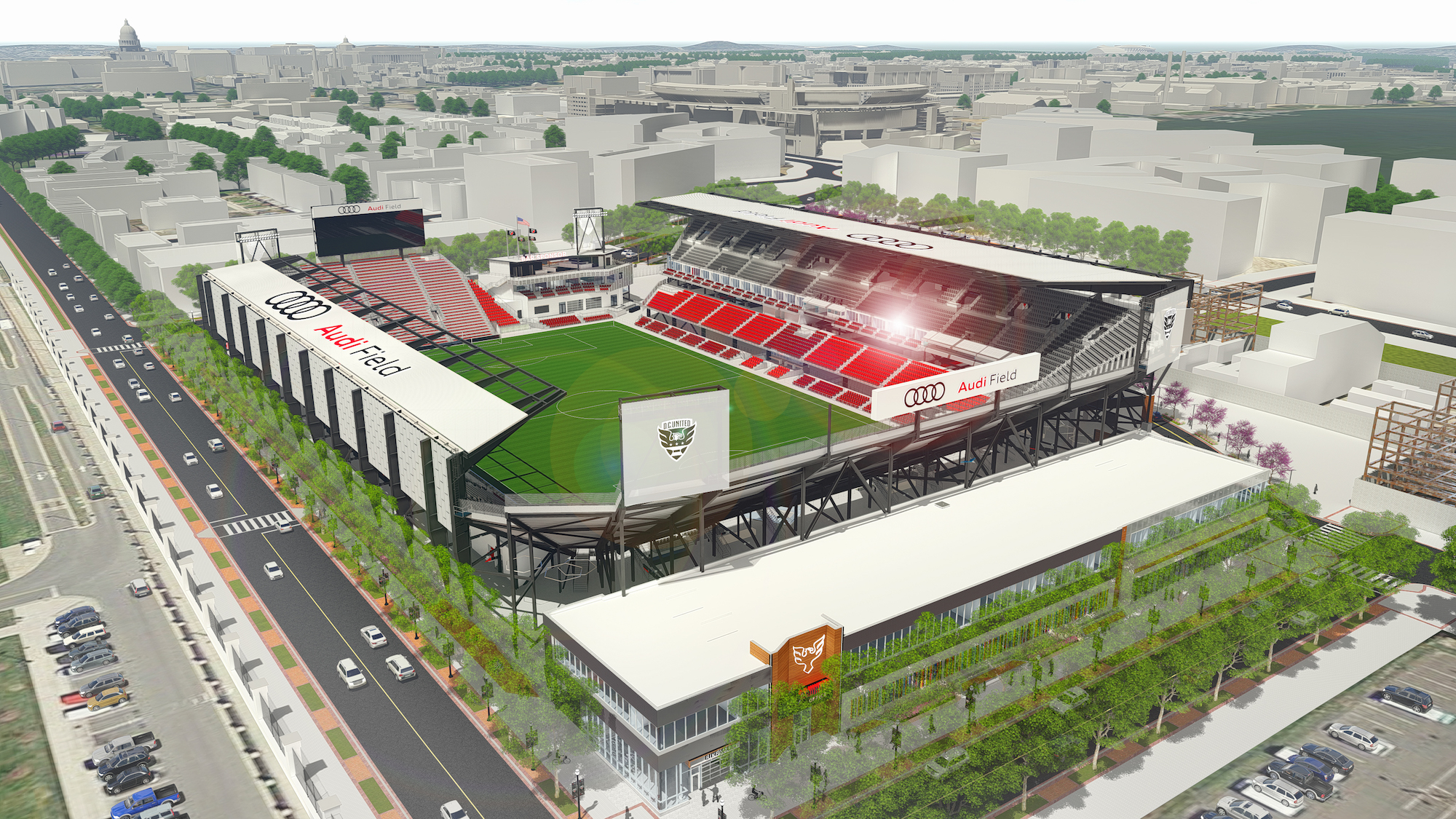 It’s been an exciting few days for MLS side D.C. United, having first announced the inking of a stadium naming-rights deal with German car manufacturer, Audi, the team has since confirmed final approval has been received to build a 20,000-capacity soccer-specific stadium in the District, with the official groundbreaking to take place February 27.

We are extremely excited to break ground on this site, a project that has been 21 years in the making. Since Erick [Thohir] and I assumed stewardship in 2012 we’ve been on a mission to deliver to our fans and this community a new, permanent home. We appreciate all of the hard work that has gone into preparing for this moment and can’t wait to finally put shovels in the ground at the site of our new home, Audi Field.

The ceremony will include a performance by local DC Scores student-athletes and will be attended by MLS Commissioner Don Garber, D.C. Mayor Muriel Bowser, Audi of America President Scott Keogh, Levien and United head coach Ben Olsen, as well as players, staff and fans.

United will now file for their superstructure permit to start erecting steel structure above grade.

This all came hot on the heels of last Wednesday’s announcement that Audi of America will be the naming-rights partner of the new soccer-specific stadium in Southwest D.C., now officially named Audi Field and slated for opening in 2018.

Of the naming-rights agreement, Levien said:

We are thrilled to partner with such an incredible brand that is not only recognized in North America, but throughout the world. Audi has transcended the automobile industry and fully embraced the culture of soccer, especially in MLS. We couldn’t think of a better partner to name our stadium and we look forward to forging extraordinary memories for years to come at Audi Field.

We are excited to work with D.C. United and to continue our commitment to soccer in America as well as here in our own backyard. This commitment allows Audi to connect with passionate soccer enthusiasts of all ages and the greater community through unique experiences that further elevate their excitement in America’s fastest growing sport.

We enthusiastically welcome Audi of America to their new home in the District of Columbia. With a globally recognized brand putting their stamp on the new D.C. United stadium, we move that much closer to more jobs and economic opportunity along the Anacostia – and further cement our status as the nation’s sports capital.

Audi already owns the naming rights to Audi Sportpark, the 15,800-capacity home of Bundesliga club FC Ingolstadt 04 in Ingolstadt, Germany, which is also where Audi’s corporate headquarters are based. 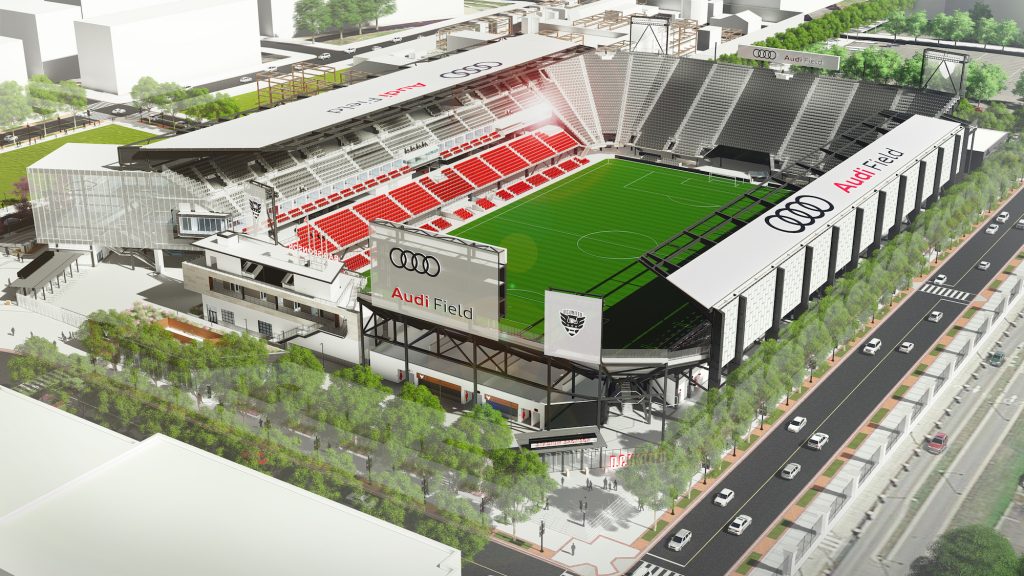 About the Audi Field project

Audi Field will be the new ‘home’ of D.C. United, the most decorated franchise in U.S. soccer history, and the most championed professional team in the District of Columbia. It will also play host to a variety of other sporting and cultural events, as well as to community activities and concerts.

The state-of-the-art, 20,000-capacity facility will feature 31 luxury suites, a bike valet and 500,000 total square feet of mixed-use retail and residential space, making it a 365-days-of-the-year destination for fans and D.C. residents alike.

The city had previously agreed to cover US$150m in land acquisition and infrastructure costs, with United to spend up to US$200m on the venue.

The new stadium is slated for completion in the summer of 2018, with the inaugural match to be played in June of that year, meaning a tight construction timetable. However, Levien has said the project could be completed in 14-16 months. (Houston’s BBVA Compass Stadium, which opened in 2012, was finished in 15 months.)

United has played at the run-down RFK Stadium since MLS started in 1996. Since 1999, 14 teams have christened new stadiums and two are slated to move into new homes next year, while the rest play in renovated venues or share space in modern NFL stadiums.

The zoning decision came one day after United announced a long-term deal for the naming-rights to the stadium with German luxury car manufacturer, Audi.

Global architectural practice Populous, with Marshall Moya Design, has designed Audi Field with soccer at its core, offering an enhanced fan experience and a strong home-field advantage. The seating sections – like at many modern English Premier League (EPL) stadia – have been cited closer to the field, offering improved sightlines. General contractor, Clark Construction, has been tasked with delivering the project.