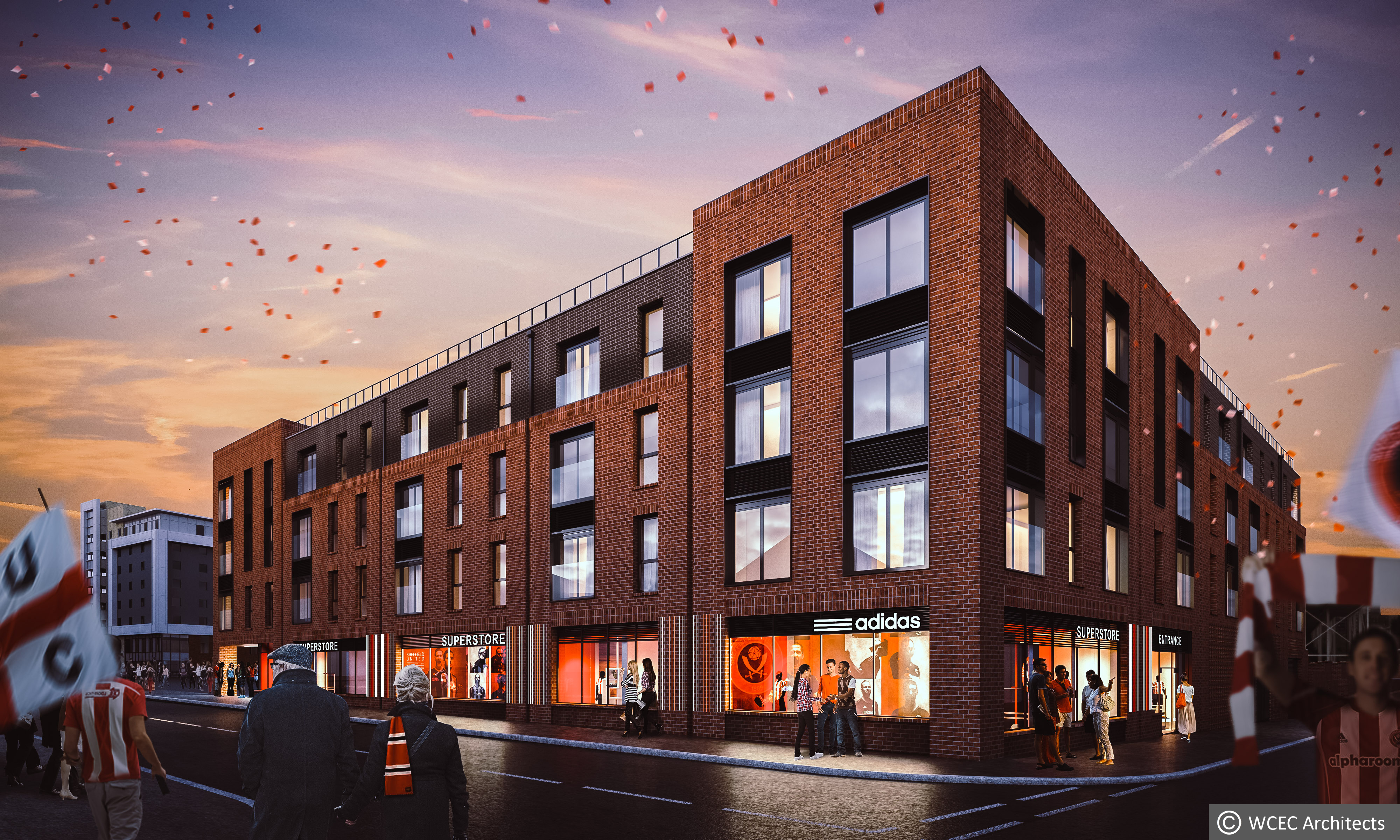 The Blades are seeking to develop the Cherry Street / Shoreham Street Corner at the Bramall Lane stadium adjacent to the Copthorne Hotel.
Retained architects, WCEC, have submitted a planning application that will see the development of Boundary Corner (a nod towards the stadium’s footballing/cricketing heritage), and a four storey largely residential building, which will feature an impressive ground floor new Club retail outlet (doubling the size of the current one).
Planners have welcomed the principle of a residential-led development in the location, where a strong, contemporary architectural proposal has been designed. The plans seek to deliver a development that is both a building of significance and one that compliments the neighbouring terraced dwelling houses.
WCEC’s Chief Executive, Ashley Turner, said:

We are delighted to be working as architects for Sheffield United. Following on from now completed projects such as the Westfield Corner Stand and Copthorne Hotel, we will take great pride in further enhancing what is an already superb venue starting with the Cherry Street and Shoreham Street developments.

Significantly, it is part of a route we are taking whereby we have identified several opportunities to further develop and improve the ground and the immediate surrounding area as we seek to build a broader commercial, leisure and entertainment offer, developing additional revenue streams to support the aim of supporting United’s return to the upper levels of the English game.
Further development of the stadium area is a positive move to enhance income streams, ultimately supporting our plans for the key football side of the business.

The proposals come in the wake of extensive modernisation undertaken at the stadium in recent years including the installation of a state-of-the-art Desso pitch, giving the Club greater use of the ground for events and other activities during close seasons.
Image, courtesy: WCEC