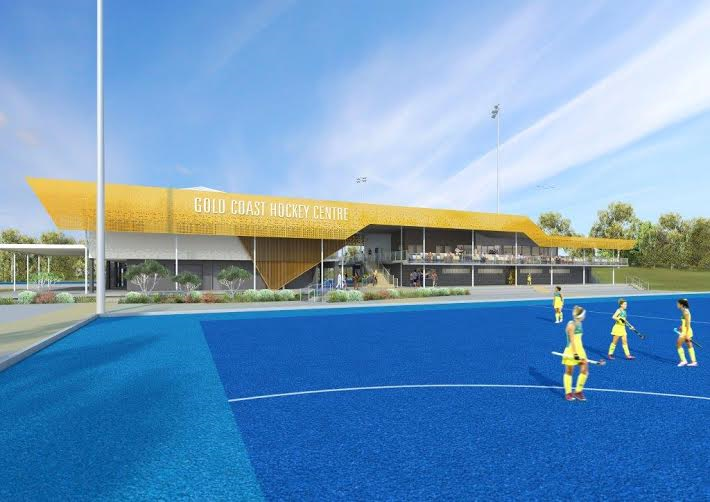 With GC2018 now just 14 months away, athletes are preparing towards peak form in April 2018 and the Gold Coast 2018 Corporation (GOLDOC) are covering every detail to ensure world-class sporting competition.

Last month, technical representatives from the International Hockey Federation (FIH) visited the Gold Coast and said they were very pleased with the progress for the Hockey competition.

Our delegation was very pleased with progress being made in the detailed planning for the hockey competition. FIH is confident that GOLDOC will deliver an outstanding event for hockey, showcasing our sport at its best.

2018 is a massive year for our sport. In addition to the Commonwealth Games our Hockey World Cups take place. As a result, our athletes will be playing at their peak – providing high-speed, action packed matches for spectators to enjoy. And with great facilities in development it is certainly shaping up to be a truly memorable Commonwealth Games.

Along with representatives from GOLDOC, they visited the recently opened training venue at Runaway Bay and the competition venue at Southport, which is nearing completion. There was also a site visit to the technical officials accommodation.

GOLDOC Head of Sport, Anita Palm, said it was fantastic to have such a positive visit from the FIH delegates:

Our team have been working very hard and are in constant contact with the FIH so we knew we were on track but it is always nice to get positive endorsement.

It is so useful to be able to physically walk through venues and incorporate their expertise in our final planning.

It is exciting to see the competition venue so close to completion and the Sports Centre at Runaway Bay is already being used for athletes from around the world who are training hard for GC2018.

The new playing surface at the Gold Coast Hockey Centre will be laid on the competition and warm-up pitch later on this month, matching the surface at the training venue, with all facilities at the venue to be ready for next month’s official opening.

All 18 sports will have at least one similar visit from international technical delegates pre-Games and in some instances the sports with more complex venue requirements will have several visits.

The competition schedule and ticket request phase information will be released shortly. The teams who have qualified in men’s and women’s hockey for GC2018 will be confirmed by the FIH towards the end of the year.

Ahead of the Games

Speaking in the latest January ’17 issue of GOLDOC’s ‘Ahead of the Games’, The Honourable Stirling Hinchliffe MP, Minister for Transport and the Commonwealth Games, told readers:

There are now just 15 months until the Gold Coast 2018 Commonwealth Games (GC2018) and South East Queensland is already abuzz.

We have also witnessed the opening of our first two new sporting venues, the Coomera Indoor Sports Centre and the Anna Meares Velodrome, and a multi-purpose venue at Village Roadshow Studios in Oxenford. In addition to becoming a drawcard for international blockbusters, Sound Stage Nine will host the GC2018 Squash competition.

Upgrades at the Broadbeach Bowls Club and Gold Coast Cycle Centre have also been completed in preparation for the Games as part of the $320 million venues construction program. More than 10,000 workers have now been inducted across our venues and Games Village project sites, providing a significant boost to South East Queensland’s construction industry.

The Gold Coast 2018 Commonwealth Games are set to be a game changer, leaving a legacy not just for the Gold Coast, but for Queensland and Australia also.

It’s safe to say the Queensland Government is on track to delivering the biggest event in Australia this decade. As we journey towards April 2018, stay updated via Ahead of the Games to ensure you don’t miss a minute of the action.

It was a huge year for the Gold Coast 2018 Commonwealth Games (GC2018) in 2016 and now it is less than a year and a half until Queensland shines on the world sporting stage.

True to our vision, we are on track to successfully deliver Australia’s biggest multi-sport event this decade.

Almost unprecedented in Games circles, all new sporting venues will be delivered on budget and 12 months ahead of GC2018. They will leave a lasting legacy for the Gold Coast, Brisbane and Queensland for many years to come.

Sound Stage Nine at Oxenford Village Roadshow Studios for instance is a fantastic motion picture production facility, but for a few weeks in 2018 it will transform into the venue for the GC2018 Squash competition. This venue in particular is a great demonstration of collaboration across agencies for the best outcome for the city and state.

Construction of the $39 million Coomera Indoor Sports Centre, which will host the gymnastics competition and netball finals, was also completed this year and is already in wide community use, while the Broadbeach Bowls Club with its recent $4 million upgrade has also transformed into a world-class venue.

The Anna Meares Velodrome at Chandler was opened on 12 November 2016. The $59 million indoor track facility will become the epicentre of cycling in this state, if not Australia, delivering another great legacy of GC2018. We are also about to celebrate the completion of the $102 million Carrara Sports and Leisure Centre [pictured below], while the Parklands development – home to the Commonwealth Games Village – is also tracking well.

But there is still plenty of work to be done, with finalisation of our transport planning and arrangements for the Queen’s Baton Relay ahead of the start of its epic journey across the Commonwealth from Buckingham Palace on Commonwealth Day – 13 March 2017.

Read the latest issue of Ahead of the Games, in full, by simply clicking here. 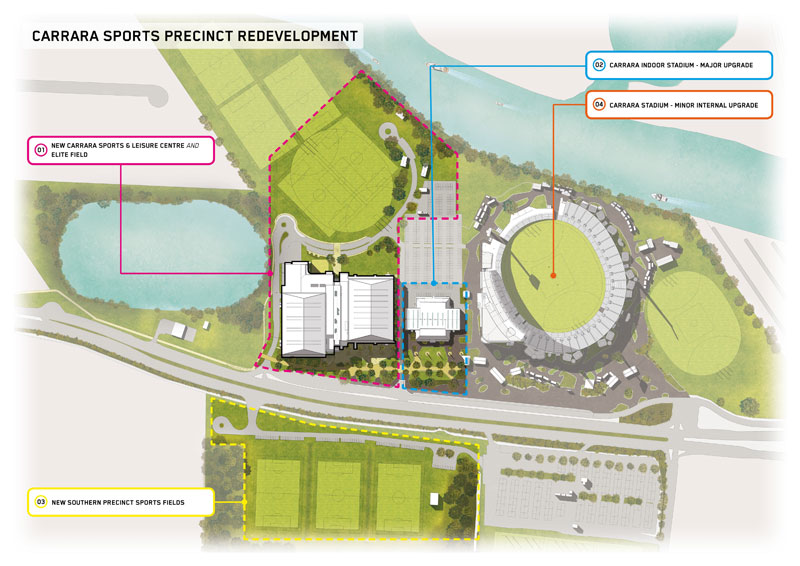