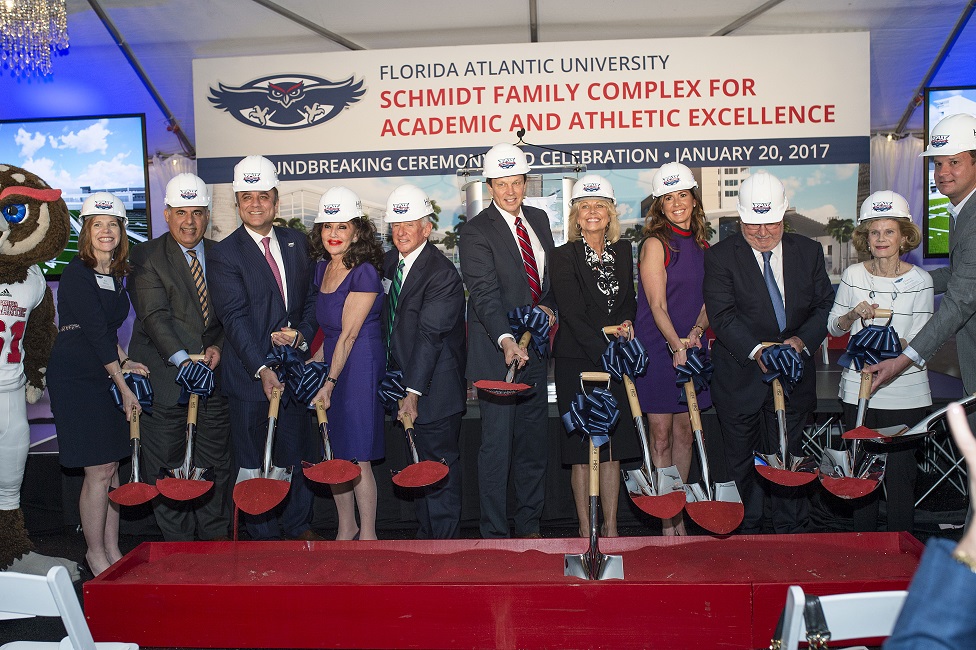 Florida Atlantic University (FAU) celebrated the Schmidt Family Complex for Academic and Athletic Excellence with a ceremonial groundbreaking this week, marking a major milestone for the transformational facility that will play a central role in FAU’s athletics program and help student-athletes excel in the classroom and on the field.

FAU President John Kelly; FAU benefactors Dick and Barbara Schmidt; Anthony Barbar chair of FAU’s Board of Trustees; and Lane Kiffin, who was named head coach of FAU’s football program in December, stuck shovels in the ground at the construction site just west of FAU Stadium. They were joined by other university leaders, community officials and FAU benefactors, to ceremonially break ground as part of a large celebratory event.

President Kelly said the Complex will be a landmark on FAU’s Boca Raton campus:

We are extremely grateful to all the generous donors who have come forward to support the construction of this amazing facility on our Boca Raton campus. It started with the Schmidts’ vision for a complex that would benefit all our students and that vision is becoming a reality thanks to our giving community.

The Schmidt Family Complex for Academic and Athletic Excellence will be constructed adjacent to FAU Stadium and will play a central role in elevating FAU’s academic standing – benefitting students in all academic programs, including those not associated with athletics. The Complex will include the Bobby and Barbara Campbell Academic Success Center; the Christine E. Lynn Sports Medicine Center; Eleanor R. Baldwin History and Tradition Hall; a strength and conditioning centre and an indoor training facility.

The Complex received initial funding of US$16m from the Schmidt Family Foundation in December 2014, the largest single gift in FAU’s history.

Many other donors have followed the Schmidts, including a US$5m gift from Bobby and Barbara Campbell announced in April 2016. The donation is the first time the Campbells have given to FAU Athletics and it enabled the university to begin the project’s engineering and architectural design process. Announced in November 2015, Christine E. Lynn gave a US$5m gift, her first contribution to FAU’s Department of Athletics as well. Additionally, in October 2015, Eleanor R. Baldwin, a longtime benefactor of the FAU and FAU Athletics, donated US$1m to name the History and Tradition Hall within the Complex. Other notable donations include gifts from Cathy and Abdol Moabery, an FAU Board of Trustees member, and Drs. Ann and Alan Aker —  both couples gave $500,000.

The successful fundraising campaign secured more than US$28m for the Complex in just two years.

The Schmidt Complex will catapult our athletics program into a new stratosphere. We will be able to develop our student-athletes at the highest levels academically, athletically and socially. Embedded in our athletics culture is academic achievement and leadership. The Schmidt Complex will only enhance our abilities to achieve academically and grow the leaders of tomorrow through intercollegiate athletics.

The 2017 FAU Owls football team will kick off their 2017 season by playing host to the Navy Midshipmen at FAU Stadium on Saturday, September 2. The Owls will play six home contests, two non-conference matchups and four within the Conference USA eastern division. Deposits for 2017 FAU football season tickets can be made by calling 1-866-FAU-Owls or by visiting the FAU Athletics Ticket Office website.

FAU Athletics is comprised of 21 intercollegiate teams involving more than 450 student-athletes, including cheer and dance. The Owls’ 29,419-seat football stadium opened in October 2011. Since then, the stadium’s field was named in honour of legendary coach and “father of FAU football” Howard Schnellenberger. FAU Stadium also hosts the Boca Raton Bowl in December.

FAU selected Orlando-based HKS Architects Inc. as the architectural and engineering firm and West Palm Beach-based DPR Construction as the construction management firm for the Complex. 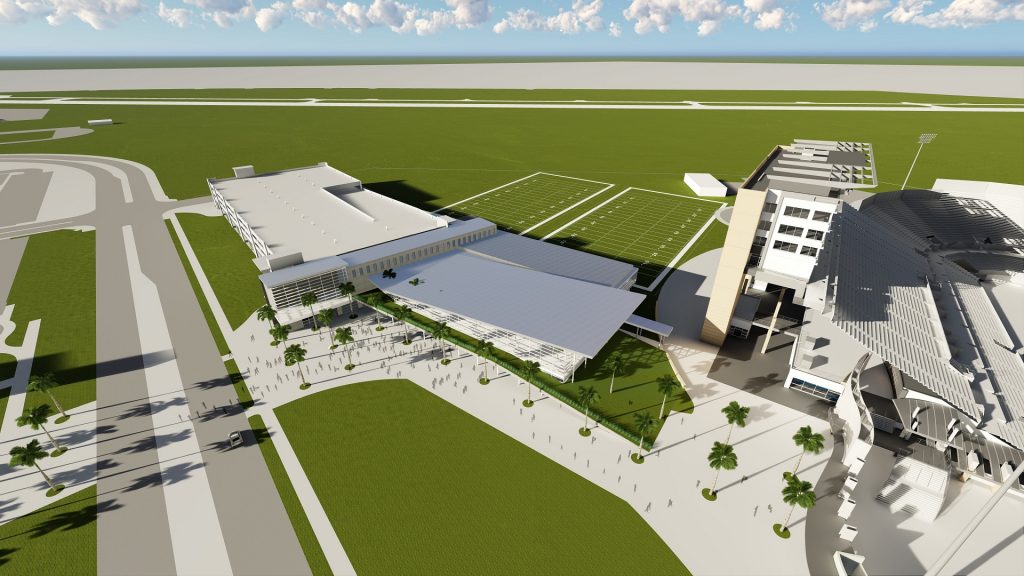 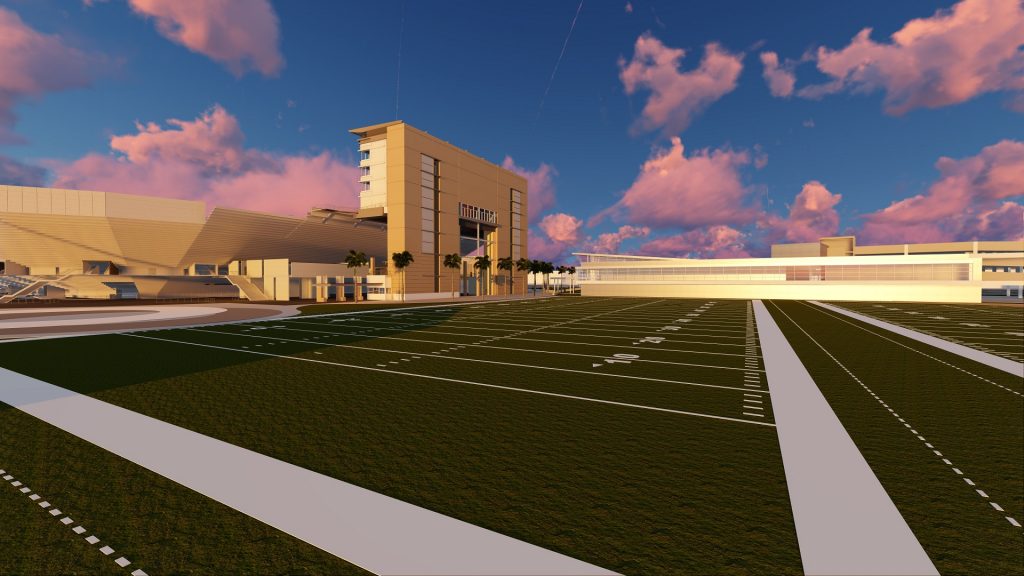 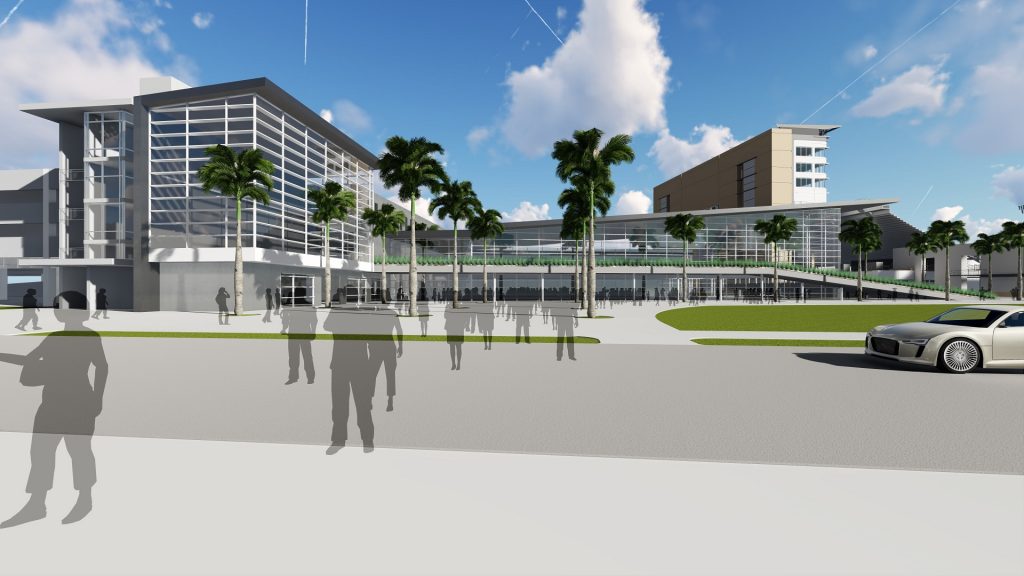