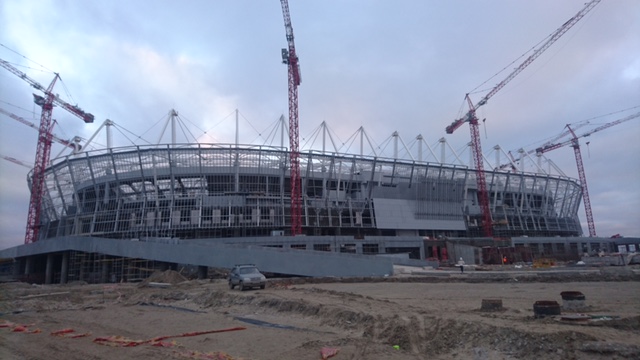 SIS Pitches have sealed a hat-trick for the 2018 FIFA World Cup Russia™, after being given the go ahead to install a new SISGrass hybrid pitch at the new Rostov Arena.

The Rostov Arena, which is still under construction, is set to become the new home of FC Rostov and is one of twelve stadiums that will host matches during the 2018 ‘mega’ tournament.
SIS Pitches will not only be installing the hybrid pitch, which will be used five times during the 2018 FIFA World Cup Russia™ in 18 months time, but they will also oversee the designing stage and providing full maintenance throughout the World Cup.
The agreement completes a World Cup trio for the global-pitch specialists after already securing deals to provide a SISGrass hybrid pitch for the World Cup Final at the Luzhniki Stadium, as well as a new natural pitch at the home of Spartak Moscow FC.
SIS Pitches has also completed work at the Krasnodar Stadium over the last 12 months, which is on the reserve stadium list for the 2018 FIFA World Cup Russia™.
The 2018 World Cup will be the first to have SISGrass natural turf reinforced pitches and SISAir technology.
SIS Pitches CEO and Owner George Mullan said:

It’s fantastic to have been given the green light to begin work on a third pitch out in Russia.
The quality of SISGrass will ensure that the pitches are resilient in all conditions, and I am sure the competition is one that we all remember.
At SIS Pitches we have had a fantastic 2016 and whilst we all have new challenges and goals for the next twelve months, we already enter 2017 on a high.

We are delighted to win another prestigious stadium contract in Russia.
This will be another contract from design to construction, and we will be supplying machinery and providing maintenance until the end of the World Cup in 2018.
This is the result of our proven success at the Luzhniki Stadium, FC Krasnodar and Spartak Moscow that we have worked on in the last three years. 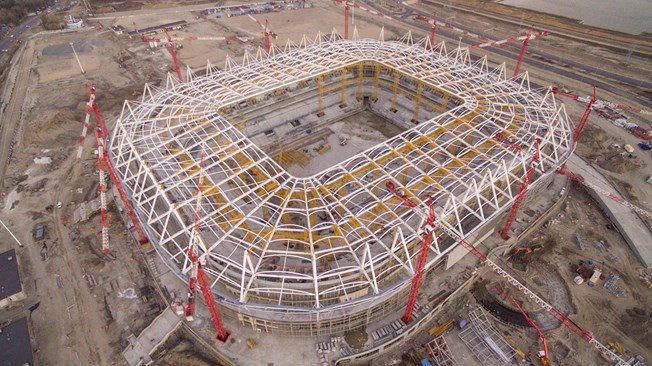 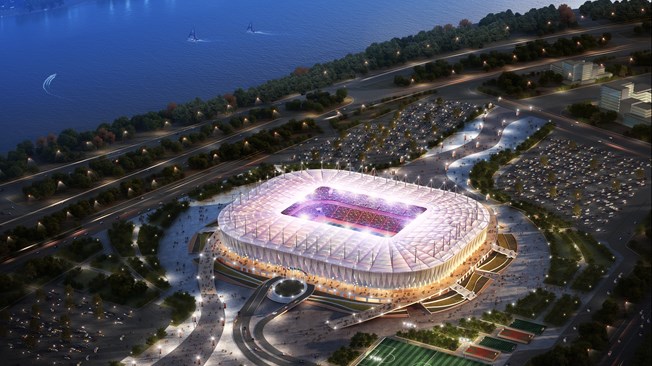