In this feature, James A. DeMeo, M.S, discusses the very real threat of Terrorism happening at stadiums in the U.S., and what measures can be put in place to combat this.

With the Holiday Season already a distant memory, the threat of Terrorism remains alive and real. The tragedies which unfolded in Berlin, Turkey and on ‘home’ soil in the U.S. are a constant, yet painful reminder that security leaders must view training initiatives through a proactive lens.

The emergence of lone wolf, domestic and international threats present numerous challenges for today’s U.S. Stadium Security Directors, those entrusted with duty of care, to properly safeguard confined spaces within the vertical. Furthermore, most experts tend to agree that a lorry crashing through a crowded marketplace can potentially cause mass collateral damage. The question then begs, could a Berlin-like attack occur outside a U.S. stadium, venue or arena? Let’s further explore the possibilities.

With the ongoing instability in the Middle East, terrorist organisations, through the utilisation of social media platforms, have been able to bolster their cause. As tragedies continue to unfold, it would appear, a full court press – so to speak – has been used by anarchist groups to radicalise the disenfranchised to further spread their message of fear, hate and human carnage. In addition, the existence of the lone wolf, quite unpredictable, is a growing concern for the intelligence community.

Stadium security leaders should avail themselves of not only sharing best practices/lessons learned with fellow industry peers but should also align themselves with their local JTTF-Joint Terrorism Task Force, for the most up to date, accurate, real time intelligence sharing information.

The significance of public/private partnerships cannot be underscored in these pursuits. As we know, today’s sports and entertainment industry is a multi-billion dollar juggernaut. With the Super Bowl slated for Houston, Texas, this February, 2017, pre event planning for such a colossal event has been years in the making. The ability to have established communication networks between command centre personnel, first responders, i.e. law enforcement, fire dept, safety, ems and the intelligence community is paramount for safeguarding this type of mega event.

The importance of proactive security training along with the integration of responsible real-time social media monitoring, places ownership groups in a position of strength when confronted with the numerous challenges within the space. Threats and vulnerabilities such as workplace violence, active shooter, bomb/IED, intoxicated patrons, drones, chemical/biological/radiological agents, cyber security infrastructure/facilities breeches, inclement weather scenarios, to name just a few, are real and quite concerning. Below, you will find resources which can assist today’s U.S stadiums security personnel with being best prepared to meet the ebb and flow of challenges the industry is currently facing. Without question, knowledge is power. Our work continues on a daily basis. 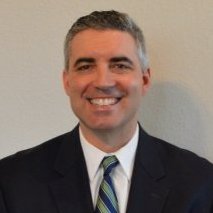 The writer of this article, James A. DeMeo, M.S, has over 25 years of law enforcement, security and consulting experience, and is considered an Expert in Sports Security. He has made numerous presentations to Colleges & Universities throughout the U.S on this subject matter. While serving as a member of the Nassau County Police Department, Long Island NY, Mr. DeMeo held a state certification as a General Topics instructor and taught hundreds of law enforcement officers ranging from recruits to inspectors at the NCPD Police Academy. Recently, Mr. DeMeo became a certified Instructor in Vistelar’s Verbal Defense & Influence-VDI-Training. He has held professional memberships in the following organisations: IAVM, NCS4, ASIS (Austin chapter 179) and the SRLA (Sports and Recreation Law Association). He is also a contributing author to the textbook: Security Supervision and Management-Theory and Practice of Asset Protection, Fourth Edition- Chapter 12-Supervising During Special Events.

This article was first published on LinkedIn last month, where it garnered a lot of interest and comments. To follow are just a small but representative sample:

In the U.K., we have information sharing agreements which sets out what can be shared and for what purpose. Another important aspect I’ve learned from my current and previous roles is the old “need to know” adage. Set out who needs to know and how that can be shared and methods of communication on the day…

This is a thought-provoking article, more so on the heels of Berlin and the shooting at the Istanbul night club. I feel a majority of Americans have a “it can’t happen here” mentality when it comes to the threat of terror at a sporting event. This article is a major first step toward reality.