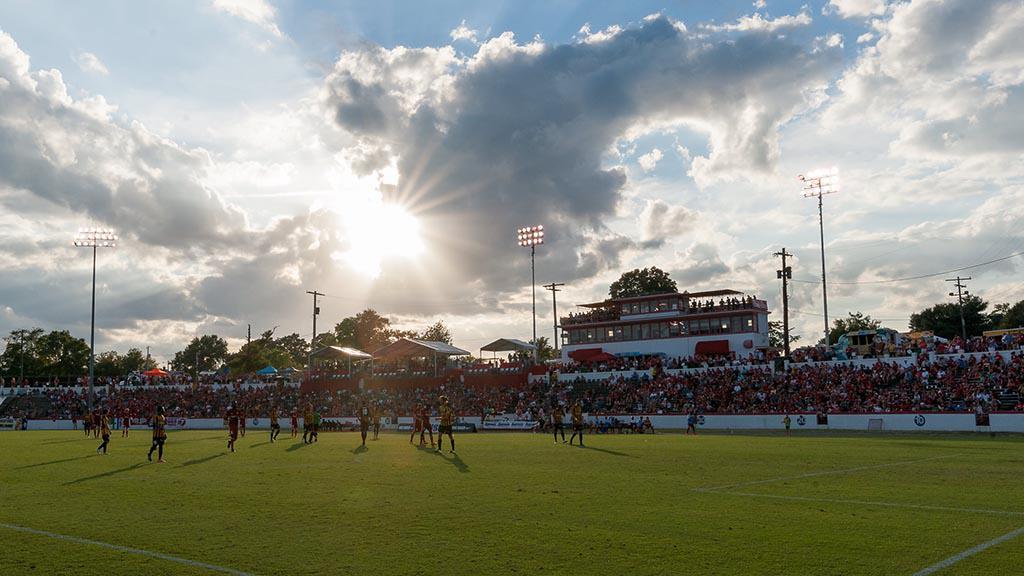 The Richmond Kickers earned a major victory off the field on Monday night as Richmond City Council approved an agreement for the team to lease the city-owned City Stadium for 40 years. The Club has pledged to make US$20m-worth of upgrades to the facility over the length of the lease at the historic venue, which has been their home since 1995.

The Kickers will pay a nominal fee to the city for the lease to the venue, and will also pay property taxes to the city over the terms of the lease. The Club will now take on the responsibility for all upkeep, utilities and taxes on the facility. The first phase of the redevelopment will see upgrades to landscaping, fencing, seating, the field and irrigation and the venue’s parking lot that would be completed by 2020.

With members of the River City Red Army, the Club’s supporters group, in attendance, the City Council gave unanimous approval for the league. The agreement will allow the Kickers to boost the Club’s revenues through additional sponsorships, including on-field signage and potentially selling naming rights to the stadium. The upgrades are also expected to help the Club continue its upward trend in attendance with the new amenities being designed to enhance the fan experience.

The Kickers have seen their year-on-year attendance rise consistently over recent seasons, with the Club setting a new regular-season home attendance record of 6,123 this past season as it averaged almost 4,000 fans per game, also a club record.

The United Soccer League (USL) side has also began bringing international exhibitions to City Stadium in the past three years, and this year welcomed a crowd of 7,128 to their 2-0 victory against English Premier League (EPL) club, Swansea City in July.

According to the Club website, the lease calls for Phase 1 of the upgrades to include around US$385,000 of improvements to landscaping, fencing, the parking lot, seating, the field and irrigation, all of which is to be completed by 2020.

Phase 2 calls for an additional US$3m to improve the concourse, signage, stadium lighting, team facilities and rehabbing of the restrooms by 2030.

The final phase would run through 2050 and calls for improvements in parking, a press box, additional seating, mini-fields and Futsal courts, as well as other measures.