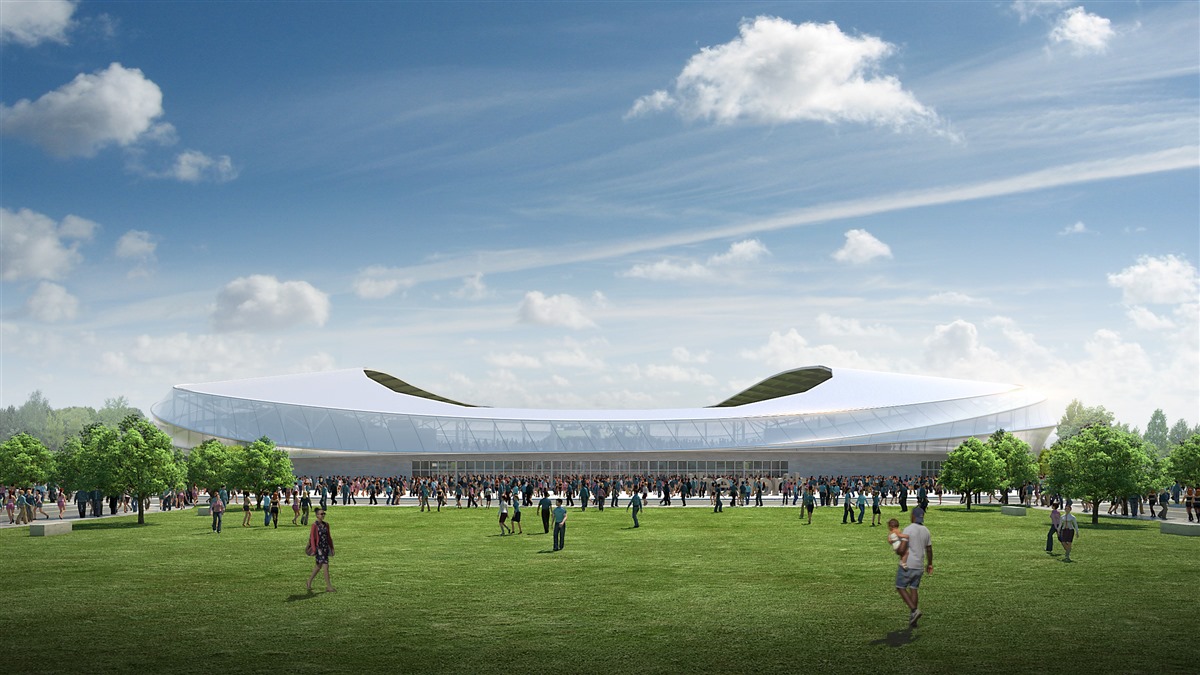 If we didn’t think Minnesota would be supportive of an MLS team, we never would’ve started here. This team has enormous history, way back to the NASL days, and is iconic. Us thin-skinned New Yorkers are going to have to wear our long underwear and get warm hats when we come out here. We had 40,000 people in the freezing cold for the championship game [in Toronto]. I don’t have any doubts that fans will come out here no matter the weather.

The Club released some updated figures about the stadium project, including: the initial capacity of the St. Paul stadium will be 19,916, with an ultimate future capacity of around 25,000; seating will remain in close proximity to the pitch, ranging from 15ft away to a maximum of just 145ft; the pitch itself has expected dimensions of 120 yards long by 75 yards wide.

MNUFC President, Nick Rogers, described the aesthetics of the new stadium as having “a translucent skin with LED lights underneath, allowing the shell to project different colours for events and commemoration. The outer canopy will cover 80-85% of the seats, allowing for both protection from the weather, as well as a way to harness a strong atmosphere”.

That’s an experience you really want to create,” Rogers affirmed. “I’ve talked to people in soccer and the NBA who have looked at [stadiums like Children’s Mercy Park in Kansas City] and what they’ve done from a premium hospitality standpoint. We’re going to take that to another level. We’ll have a very impactful visual component as well as a great place to watch and play the game.

There was no updated timeline for an opening, but the team’s last estimate was sometime during the 2018 season, however MNUFC did confirm that they will open their inaugural MLS campaign in TCF Bank Stadium, the home of the University of Minnesota football team.

While the ceremonial groundbreaking has been held this week, the actual construction on the 20,000-seat stadium can not begin until the Club has been able to acquire the parcel of land currently owned by RK Midway. Most of the venue will be located on a site currently owned by the Metro Transit, with a portion of the site plan overlapping with the RK Midway property – a shopping centre – which remains a sticking point.

We are truly excited to unveil the architectural vision for the new home of the Minnesota United. This new facility will provide the city of St. Paul and the northern Midwest region a year-round destination for both soccer and entertainment. This building is designed to be a soccer first facility, but it is also designed to host events year round. The new Minnesota United stadium offers a bold vision for the future of soccer and aspires to become an international stage for the Beautiful Game. The building will be both contextually and climatically responsive and offers an intense fan experience both inside and outside the stadium walls. 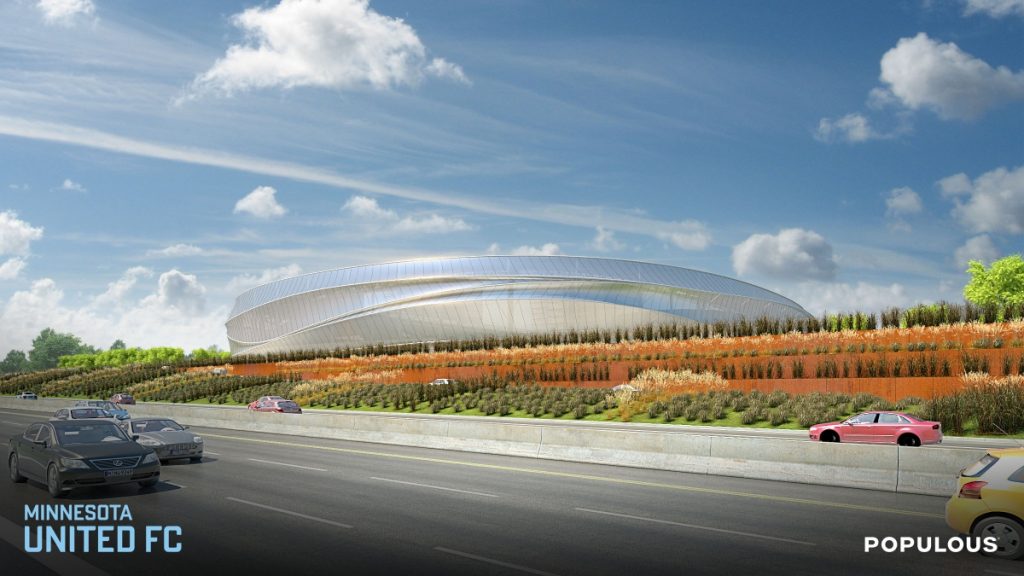 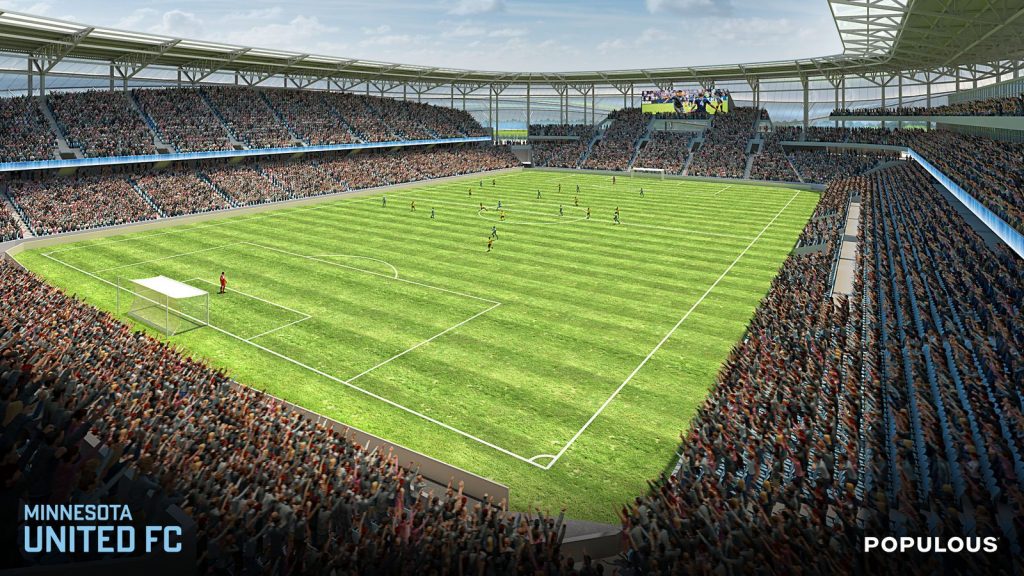 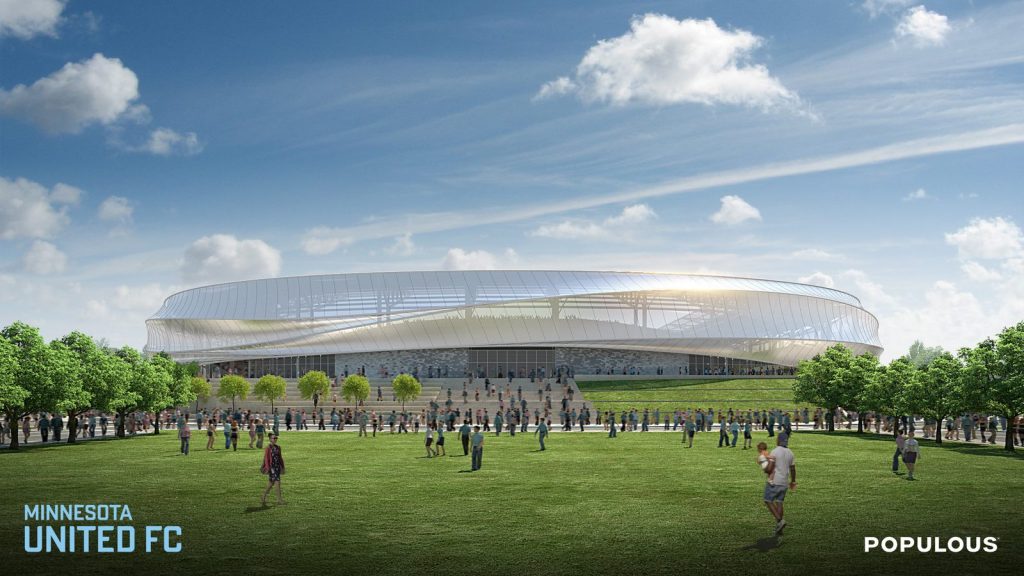 The 20,000-seat stadium will boast the latest in amenities and technology, while also being sustainably designed to minimise environmental impact and energy usage.

Construction on the new facility is expected to be complete during the 2018 MLS season.

Minnesota United will finance the estimated US$150m stadium, with it becoming publicly-owned once construction is complete.

The Club was awarded an MLS franchise in 2015 in a highly competitive process that put Minnesota ahead of other major markets in the U.S.

Some of the features that will set this world-class facility apart include:

RK Midway, the owner of the 25-acres adjacent to the former bus barn property owned by the Metropolitan Council, unveiled redevelopment plans for the surrounding area that take advantage of the stadium. These plans include an urban mixed-use village that will include a multitude of use, including retail, office, residential, hospitality, entertainment (cinema, health club, bowling, dance, etc.) and food and beverage.