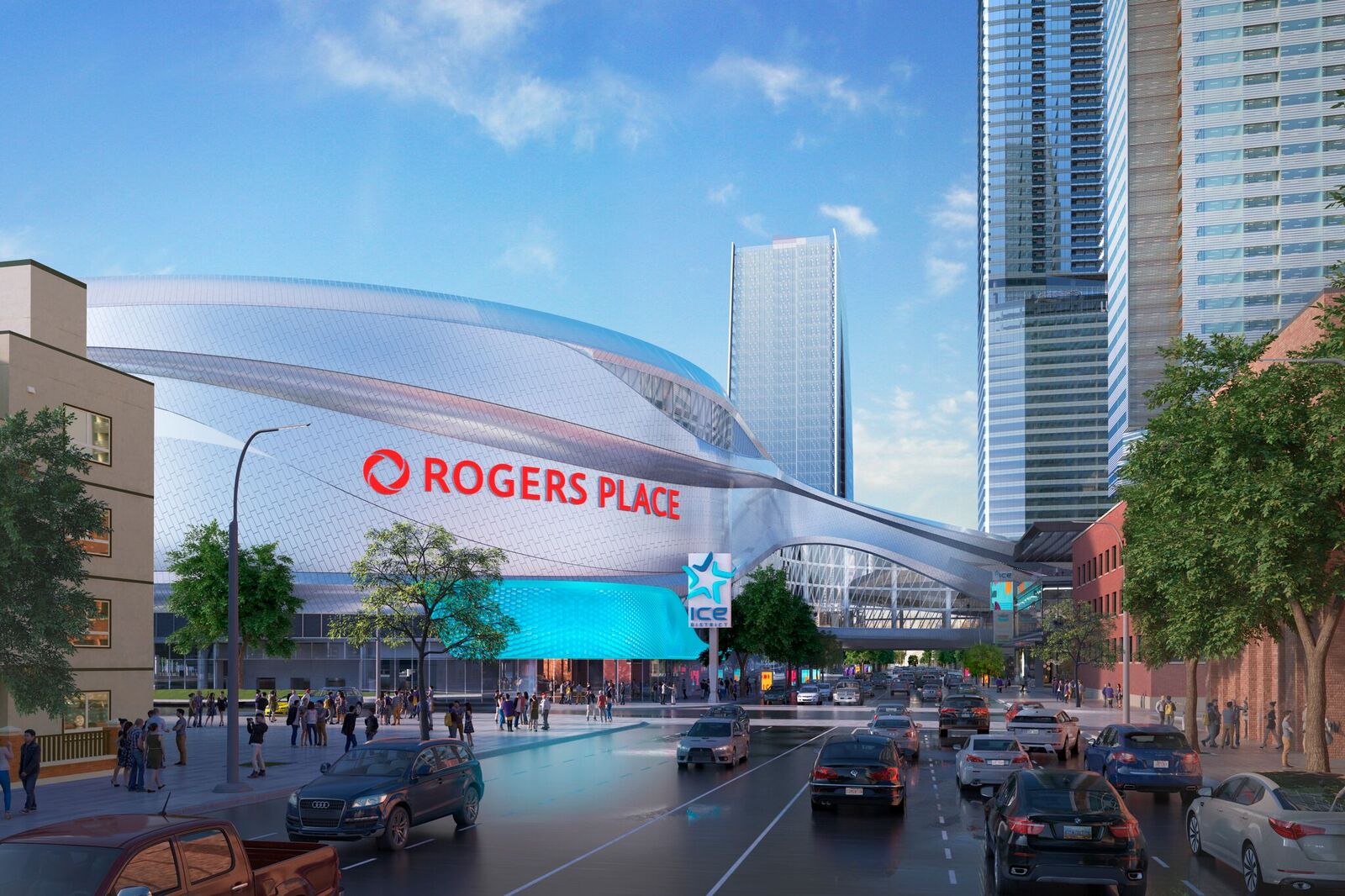 All home games to date for the National Hockey League’s Edmonton Oilers have sold out and the Western Hockey League’s Edmonton Oil Kings experienced their largest-ever attendance with a sell-out on opening night. Attendance for community events and concerts has also surpassed expectations. In just two months, the venue has hosted more than 500,000 guests. The arena has a capacity of 18,347 for hockey and 20,147 for concerts. Pollstar recently nominated it as the industry’s ‘Best New Major Concert Venue’.
HOK designed Rogers Place as a 365-day-a-year destination that reimagines traditional arena architecture by balancing functionality with an iconic design. The arena’s curvilinear architecture, which bridges the arena and ICE District across 104th Street, is aesthetically striking and practical for pedestrians. Ford Hall, a 25,000sqft, naturally lit, grand atrium space that serves as an entrance to Rogers Place, provides a distinct community gathering space that is enhanced by Tsa Tsa Ke K’e (Iron Foot Place), a 45ft circular mosaic designed by world-renowned Canadian artist, Alex Janvier. 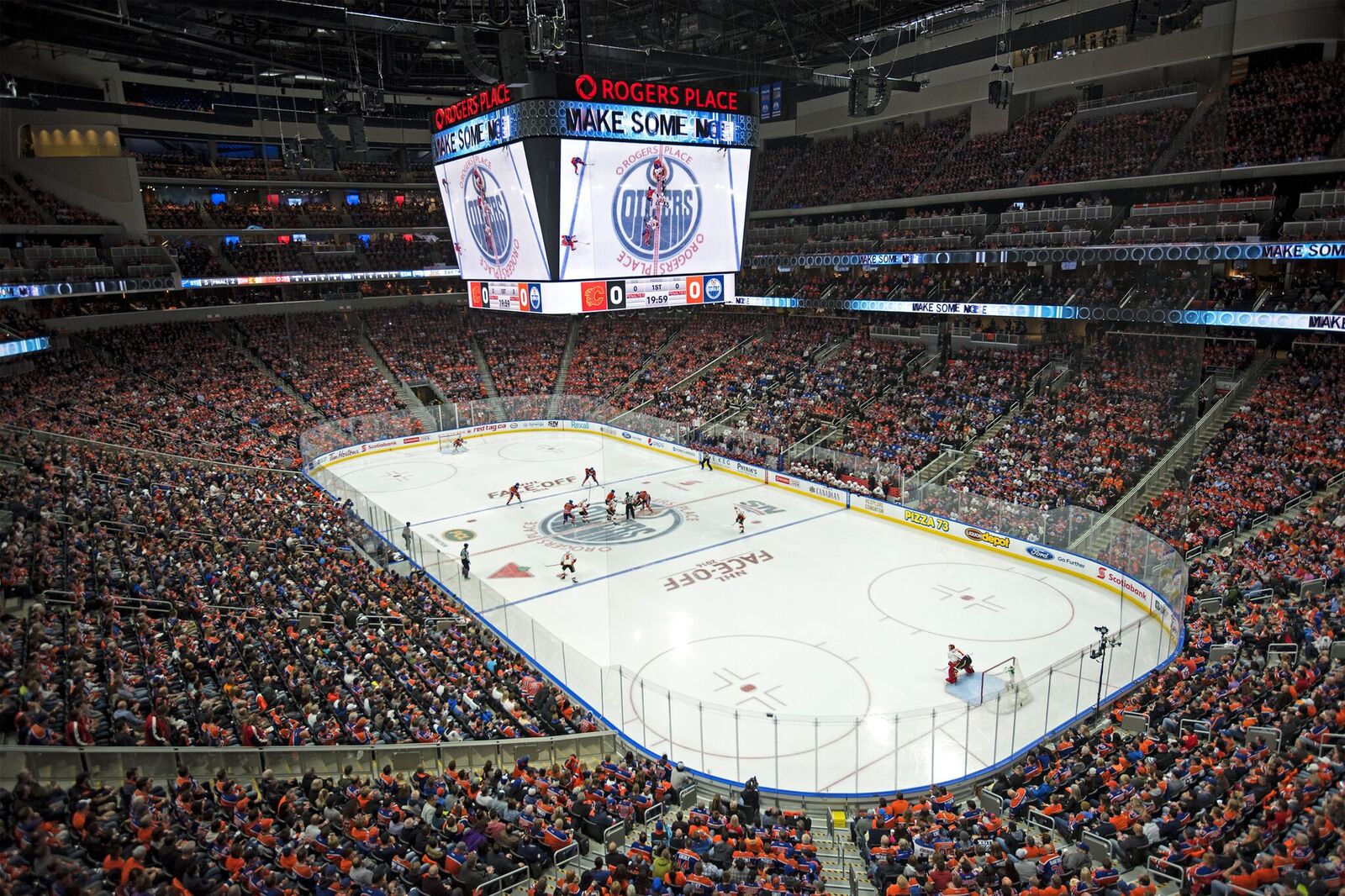 The Oilers Entertainment Group (OEG) and the City of Edmonton should be commended for the arena’s success and for their long-term vision for this development. The arena and the adjacent ICE District currently under construction are milestone projects that won’t just shape Edmonton, but will also influence the way communities across the world approach the use of a sports and entertainment anchor venue in developing successful mixed-use districts.

Daryl Katz believed from the beginning that Rogers Place had to be a great piece of architecture for it to catalyze urban revitalization in downtown Edmonton. HOK designed a stunningly beautiful building, inside and out, with unparalleled fan amenities. 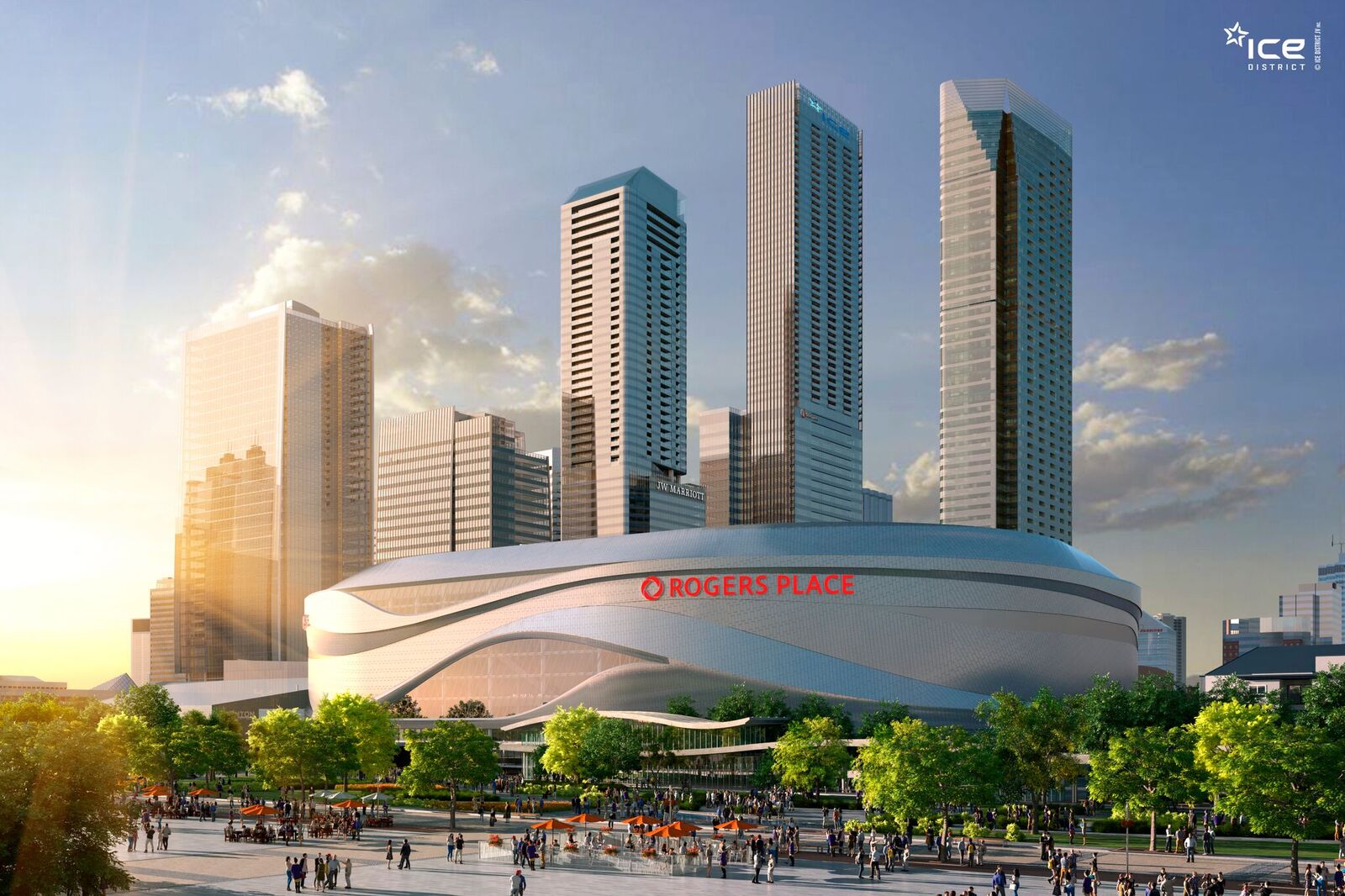 In addition to driving the revitalisation of Edmonton’s downtown core, Rogers Place will help set a new standard for sustainability in arena design. Expected to be Canada’s first LEED Silver-certified NHL arena, the facility will use 37 percent less water and 14 percent less energy than conventionally design venues. The design team, PCL Construction and other project partners ensured that more than 87 percent of construction debris was recycled or re-used and 20 percent of all construction materials were derived from recycled content. OEG has also committed to cutting down on food waste, with prepared but unserved food being donated to the local food bank.
Jan Steingahs, Practice Leader for HOK’s Calgary office, said:

Rogers Place and the ICE District will have a transformative long-term impact on Edmonton, both in the team’s approach for the design, construction and operations and the project’s ability to help shape the city’s future. We’ve seen in the first two months how the project has already begun to revitalize and reconnect the city, and this effect will intensify as ICE District nears completion.

ICE District, which HOK helped bring to life with Shugarman Architecture + Design, WAM Development and Hariri Pontarini Architects, will span 25 acres and is scheduled to be fully built out by 2019-2020. It will be Canada’s largest mixed-use sports and entertainment district and includes private development, office development, residential units and parking spaces. 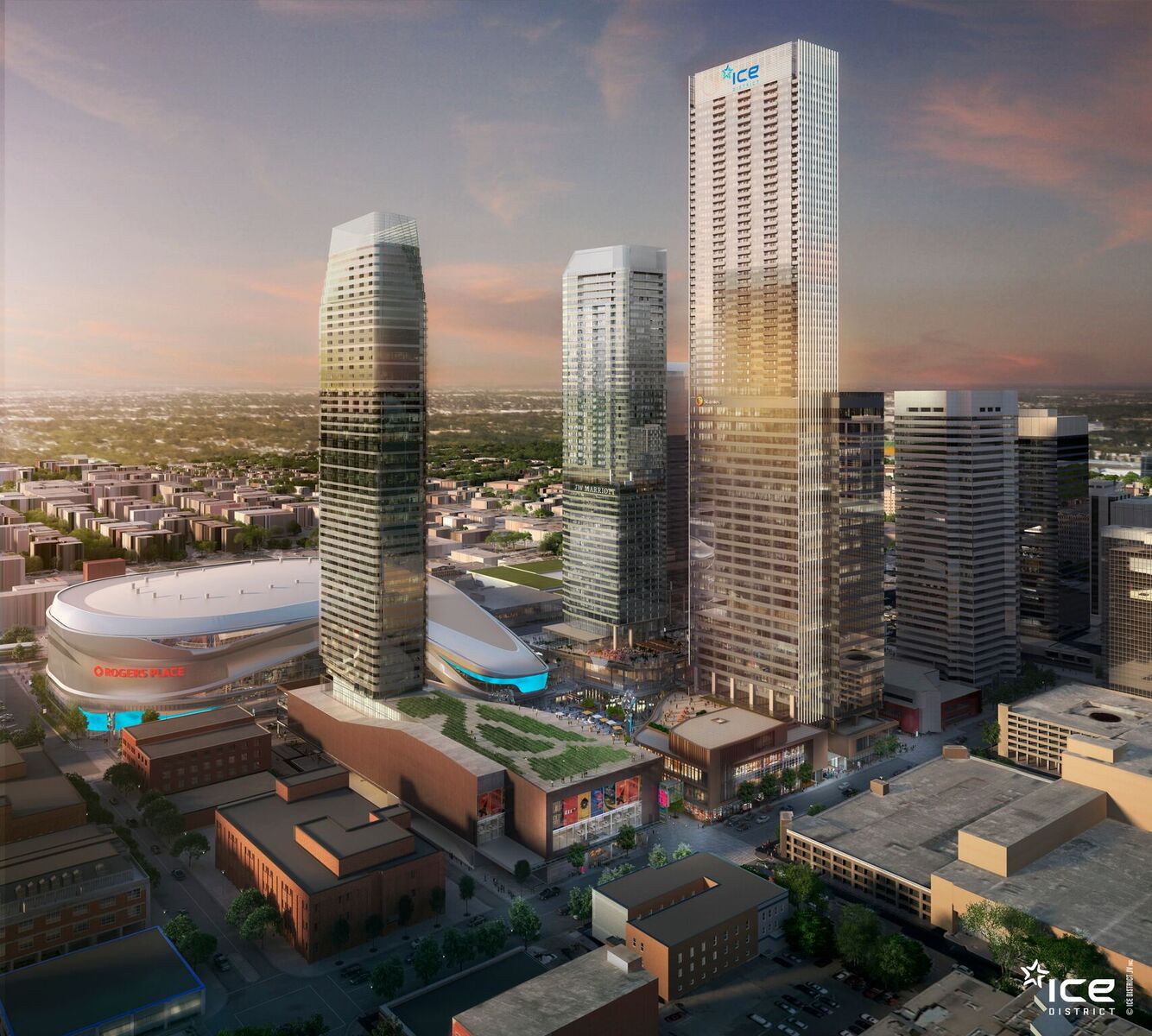 We will be bringing you an in-depth interview with Oilers execs in the coming weeks, so watch this space!