Rotterdam’s city council executive has given its backing to plans to develop a new stadium and entertainment complex for Feyenoord football club. The total cost of the project, which will include hotels, housing and shops, is put at between €1bn and €1.5bn, of which the city itself is being asked to contribute €100m.

The Feyenoord City Masterplan, developed by OMA for the Feyenoord football club, was approved by the Rotterdam Mayor and Aldermen on November 29.

A joint effort by OMA, an expert team of consultants commissioned by Feyenoord, and the municipality of Rotterdam, has selected a location on the Maas river in Rotterdam-Zuid as the site for the new stadium, and the redevelopment of the neighbourhood, including the current stadium, De Kuip, which has great significance to the city, the football club and their fans.

In OMA’s masterplan, a new 63,000-seat stadium, located at the waterfront, is to be the landmark of Feyenoord City and the catalyst for further development of this area. The stadium will be directly linked to Rotterdam-Zuid through a walkway and ample public space. At the core of the masterplan is The Strip, an 800m-long boulevard connecting the new stadium to De Kuip, which will be reconverted into apartments, commercial space, an athletics sports centre and a public square.

The Kuip Park will offer an additional 89,000m2 of green space for sport and leisure activities, as well as 700 residential units. In total, the program of Feyenoord City consists of 180,000m2 housing in different typologies, 64,000m2 commercial space including a new cinema, restaurants and shops related to sports and 83,000m2 public program including a sports experience and urban sport fields.

This plan includes everything a city could wish for. A social program for those who really want something, a challenging development which will give a great boost to Rotterdam, and a new stadium for Feyenoord for the decades to come.

With this plan, Feyenoord will do what it has done for the past hundred years: take initiative and create a perspective for the next generation of Rotterdam’s talents. We also create space to double the players’ budget of Feyenoord, which will position the club at the top of the Dutch football league.

With the development of Feyenoord City, OMA contributes to the next phase of development for the city of Rotterdam, our home town. We help to connect parts of the city that were isolated and difficult to reach; we designed a piece of city around the Feyenoord football club and its new stadium, which will connect people through sport and community. With this design, OMA fulfills our strong desire to develop a sport city that is unique in the Netherlands and northern Europe. 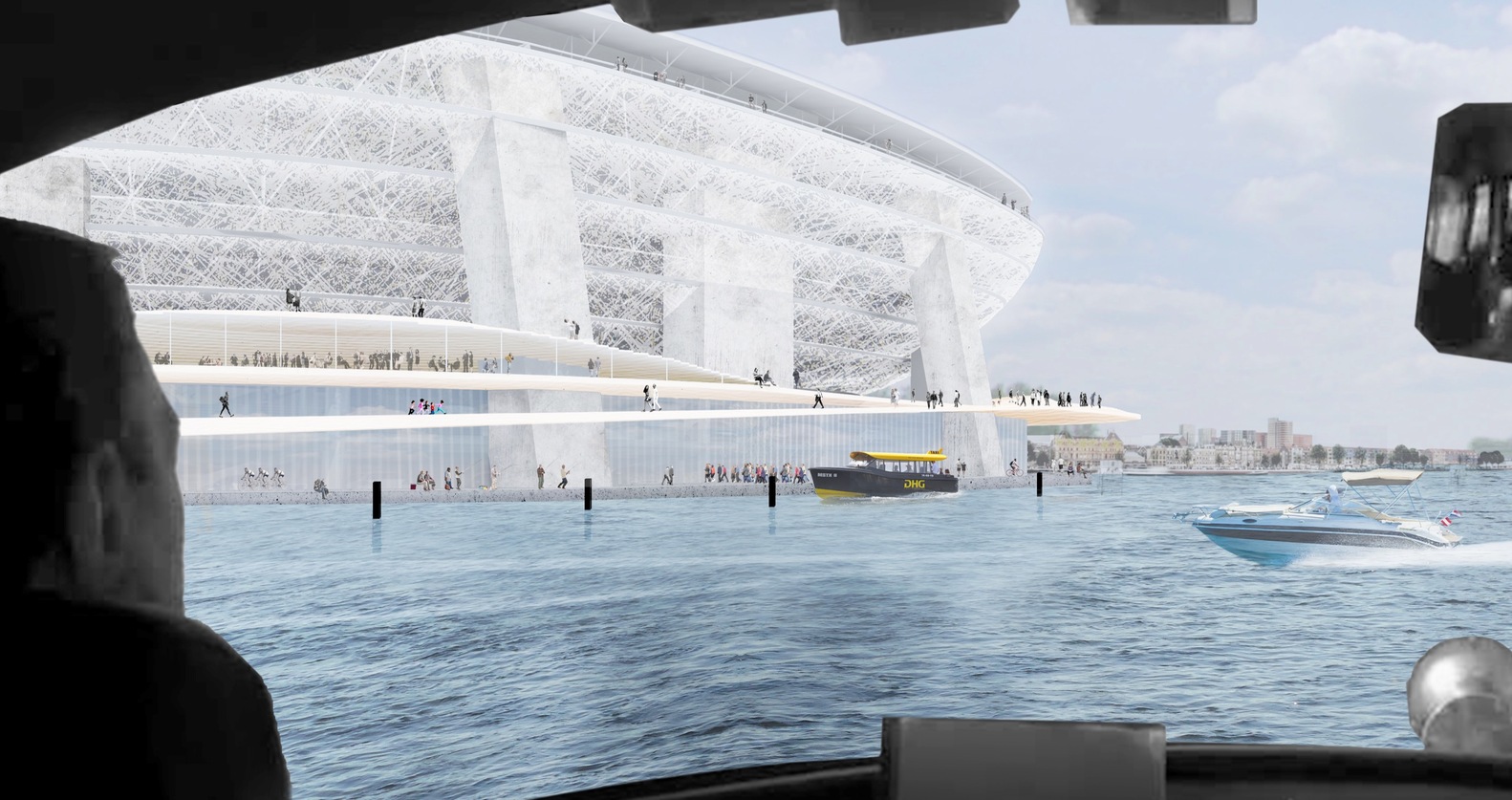 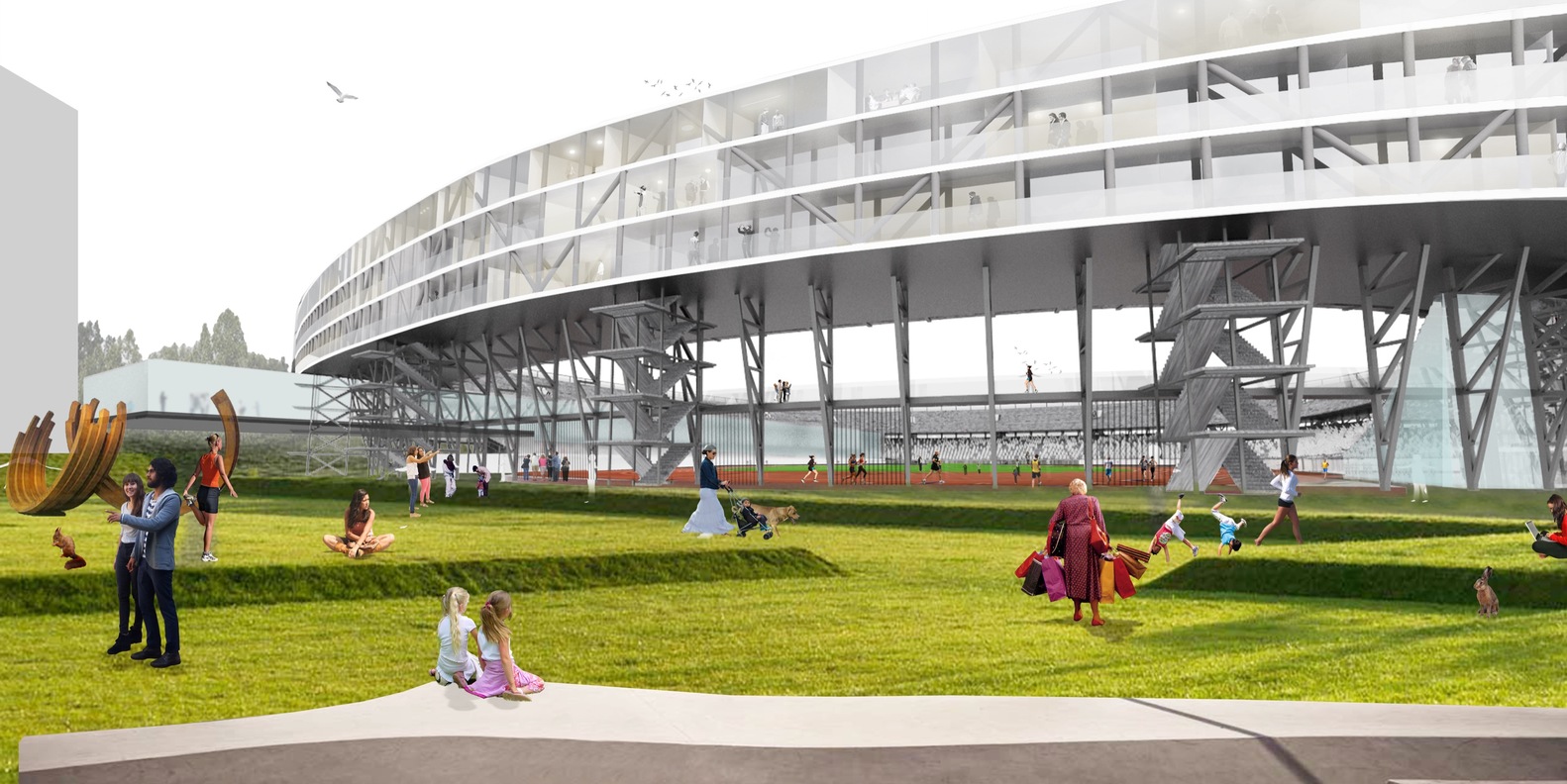