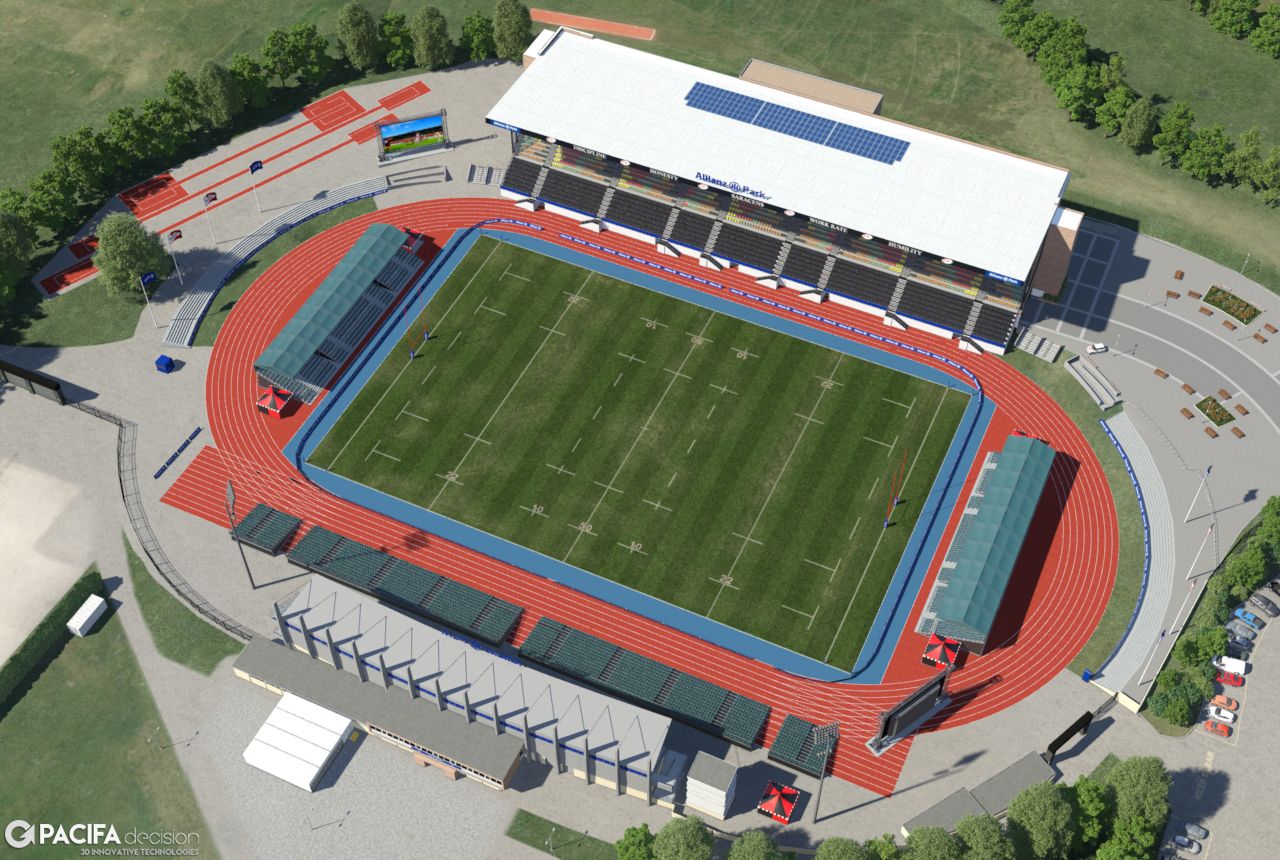 Saracens Rugby Club have confirmed that plans are advancing to replace the ageing West Stand at Allianz Park with a new, modern stand, which would consolidate and enhance the provision of community, education and sporting facilities at the stadium.

The existing West Stand is coming to the end of its useful life and is in need of replacement. Allianz Park, as a multi-use community stadium, has become an essential hub of community, educational and sporting activity and the new stand provides the opportunity to build on this success.

The proposed new Stand would include:

The new West Stand will be similar in size and appearance to the East Stand. The maximum permanent capacity of Allianz Park will not exceed 10,500 (currently 10,000) and the maximum of 16 match days per season, would continue unchanged.

The plans will also include a proposal for one of the 16  matches to accommodate a one-off European Rugby Champions Cup game at Allianz Park. This would enable the capacity of the stadium to be temporarily increased to 15,000 for a maximum of one match a year in the event that Saracens qualify for a home quarter final tie in the European Rugby Champions Cup. A bespoke match day travel plan would be in place to cater for such occasional matches.

It is clear that the West Stand needs replacing, but this provides the opportunity to expand on the great work that is delivered at Allianz Park and underpin its success as a community, educational and sporting hub. As well as becoming a fortress for English and European Champions Saracens and the home one of one of the UK’s strongest athletics clubs Shaftesbury Barnet Harriers, we are proud that Allianz Park has become the venue of choice for many local residents.

With Allianz Park as the home of our sport and exercise science facilities, our staff and students have unique access to academy and elite athletes and coaches. Our collaboration with Saracens also provides placement opportunities for students and the new stand will enable us to expand opportunities for young Londoners to develop skills and continue their education in a high performance environment.

Architects for the new West Stand design, WMA Architects (Ward McHugh Associates), were meeting with the GLA in London yesterday.