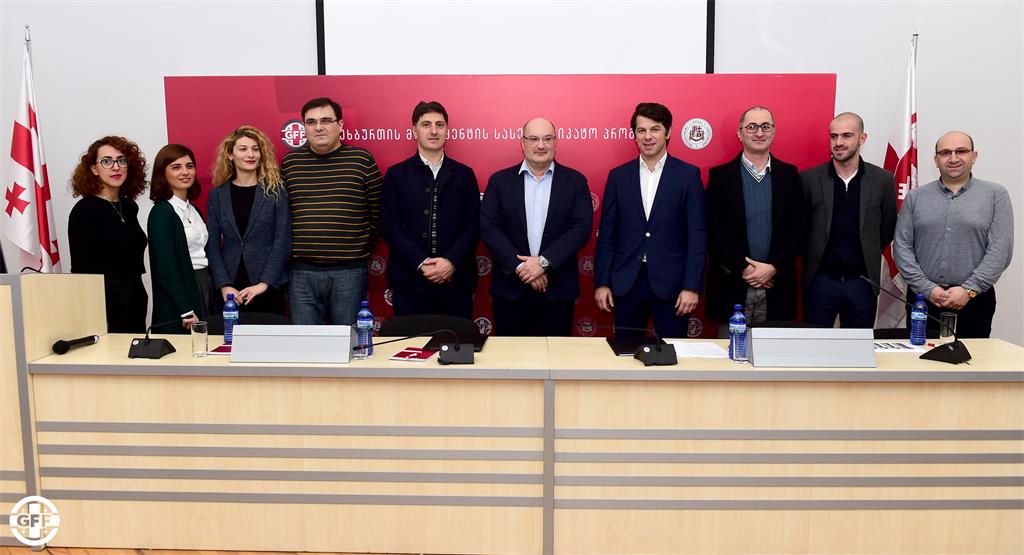 A memorandum of cooperation was signed by the Georgian Football Federation (GFF) and Ilia State University earlier this month, which will see the implementation of a football education programme entitled ‘GFF Certificate in Football Management’ in the Georgian language for the first time.

The “Certificate in Football Management” is the Georgian equivalent of UEFA’s relevant educational course, and is funded entirely by UEFA and the Georgian Football Federation (GFF). The programme is free, and currently aims to enhance the qualifications of managers and deepen their professional skills.

Today is very important, as we are starting a highly necessary and beneficial project. For the first time in our country, a football management course will be held in Georgian language. It is analogous to the relevant UEFA educational project, and is being implemented in Georgia with backing from UEFA. Enhancing football education is highly important and necessary for the development of Georgian football.

I am certain that this will be a very interesting programme that will constitute a crucial step forward for Georgian football in the development process.

Thirty individuals working in the football industry will initially participate in the programme. They will be familiarised with global and European football standards, and will study issues relating to strategic management, event organisation, marketing and public relations.

At this stage, individuals working in Georgian football will take part in this programme. They will include representatives from clubs, other federations and associations. It is also important to note that the identities of next season’s Top and First Division clubs will become known in December, and the majority of the participants will be representing precisely these clubs.

The document submission process for the course will begin in December 2016, and the programme will run until July 2017. Individuals who successfully complete the “GFF Football Management Certificate” programme will be awarded a relevant certificate.