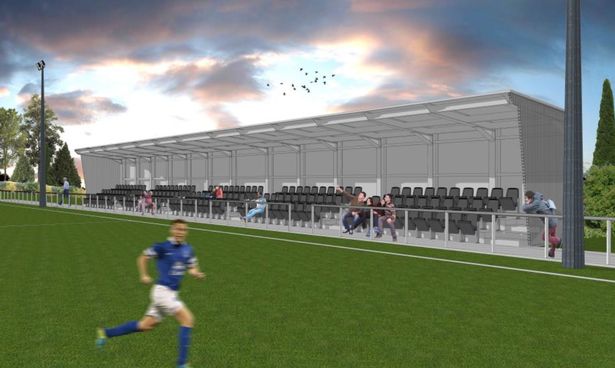 Caerau Ely AFC, which plies its trade in the second tier of Welsh football, also wants to build a training pitch and a new clubhouse – all of which will help ensure it complies with league regulations.

Artist’s impressions of what the new stand at the Club’s Cwrt-yr-Ala ground could look like, have also been published, see above & below.

Caerau Ely AFC were winners of Division 1 back in 2014-15 but their facilities were not of the standard required to move up to the top flight.

Chairman Mark Rees said the Club had aspirations to bring Welsh Premier League football to western Cardiff but added that Caerau Ely AFC also had to meet criteria being introduced next season for their current league, at tier two.

It is a requirement for next season for us to have 250 seats at Welsh Football League Division One level. The stand is a must for us and there is also a minimum size requirement for the changing rooms.

I am keen that we get the best facilities for our community.

He added that the development would be assisted by a Welsh Football Trust grounds improvement grant.

A design statement submitted as part of the application said:

The core aim is to create a modern development, which positively interacts with its surrounding area employing high-quality design.

The scheme is mindful of the nature of the site location and seeks to ensure quality of living and privacy for future residents and existing adjacent occupiers.

The scale of the scheme [is] determined by the needs currently expressed at Caerau Ely AFC.

As well as the extension to the clubhouse the scheme would see the installation of a new 60m x 40m training pitch.

The matter will be considered at a planning committee meeting at the Vale of Glamorgan Council, under whose jurisdiction the Club’s grounds fall. 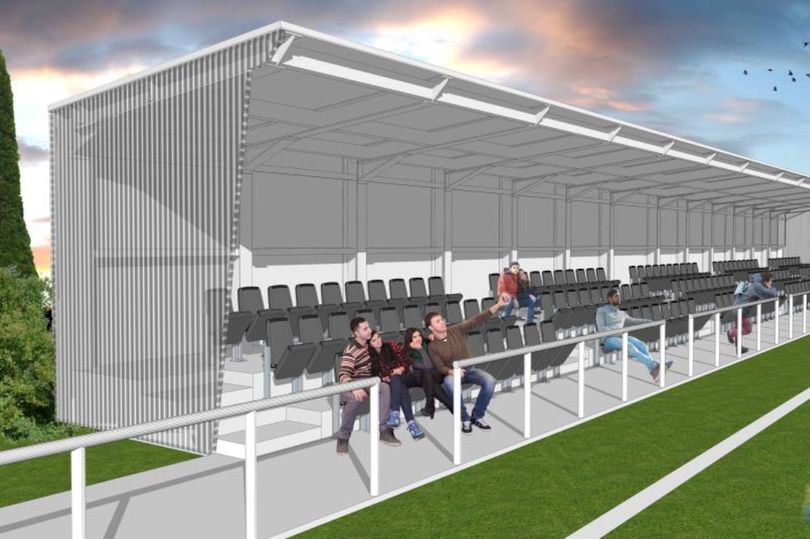