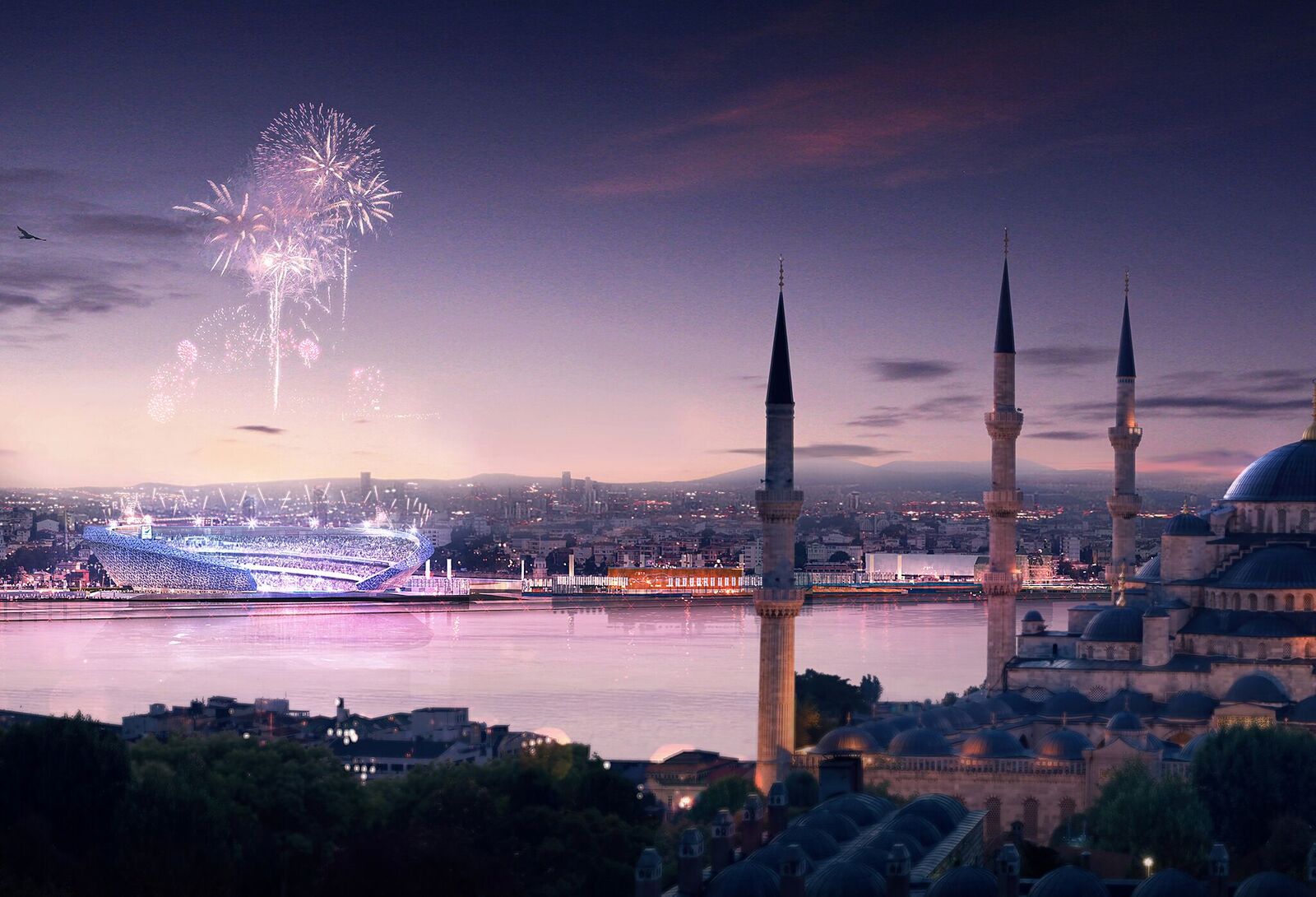 Katie McIntyre talks exclusively with John Pauline (JP), Principal at HASSELL, on what it takes to design sustainable, successful venues for mega sporting events like the Olympics, which deliver lasting legacies and benefits for both their local and wider communities in their post-Games guises.

Having worked on the last six Summer Olympic Games, can you give us examples of some of the key take aways?

JP: The Summer Olympic Games are a wonderful event, and it’s truly amazing to watch how transformational they can be for any host city.

Each city and host country is very different, and it is great to see how each culture responds to the significant challenges and opportunities that the Olympics provide. That being said, there is also a great deal in common with preparing for any Summer Games; so many lessons learnt in previous Games can be applied to the next Olympics.

One aspect of Games planning is naturally the budget. Each country has a different economy and a different aspiration. For instance, the 2008 Olympic Games in China was a spectacular event that was equally about presenting the entire country, as it was about Beijing as a city. 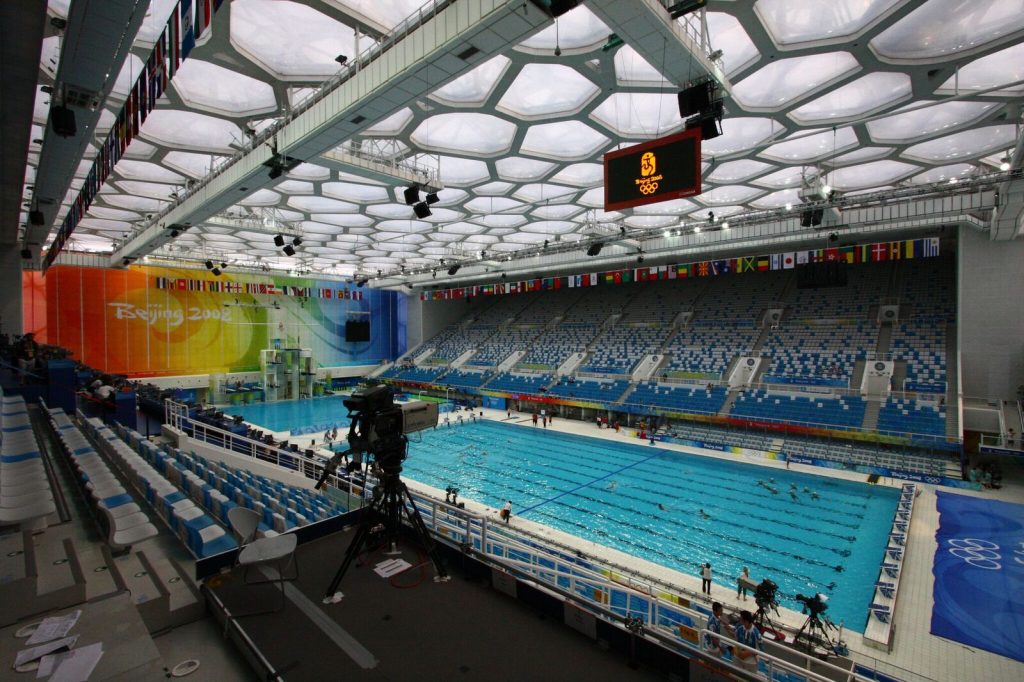 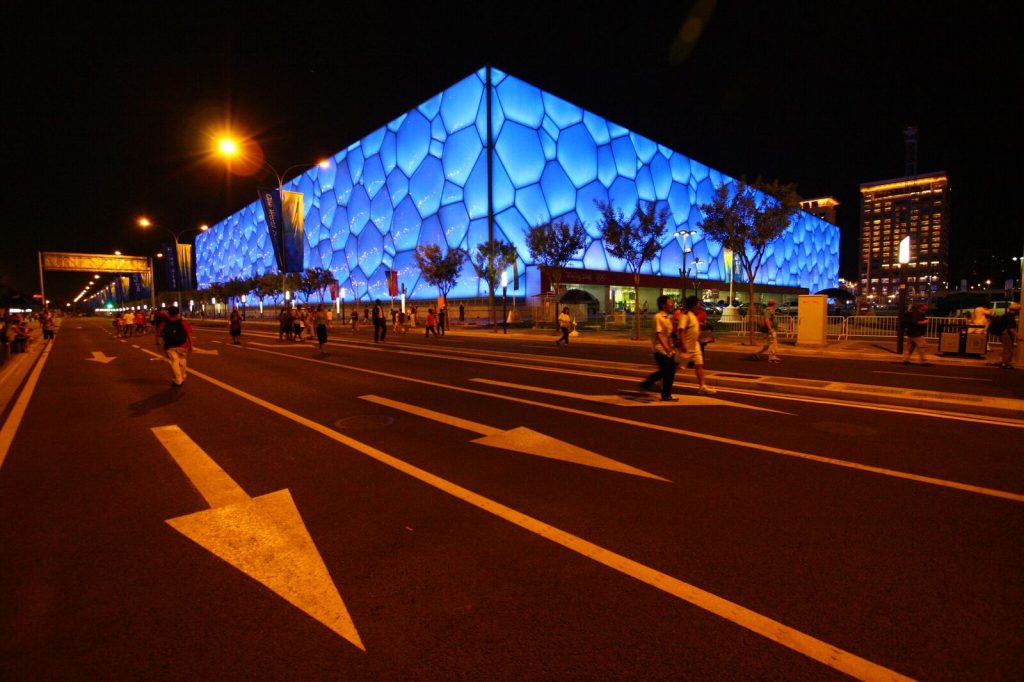 The budget was significant and the political motivation was very high. The 2012 London Olympics however were more reserved and budget conscious. London was not trying to position itself on the world stage. Instead, the Games were more focused on people, place and sustainability. Both were remarkable events.

Increasingly, the Olympics need to represent a sustainable and responsible approach. This is essential to the success of future Olympics, and should allow a greater level of equity, in terms of which countries and cities may be able to apply as hosts. 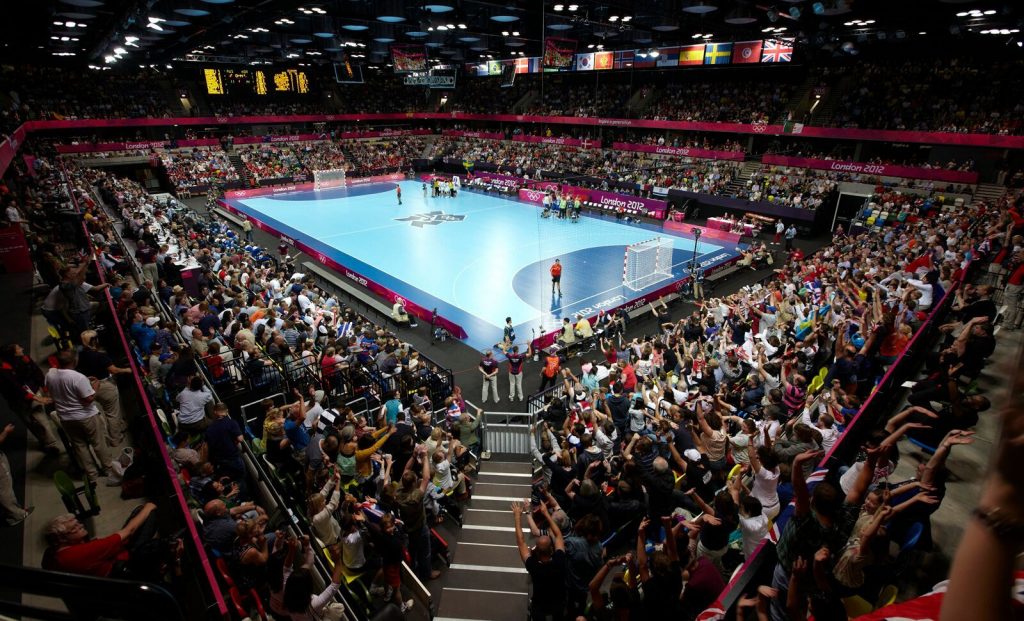 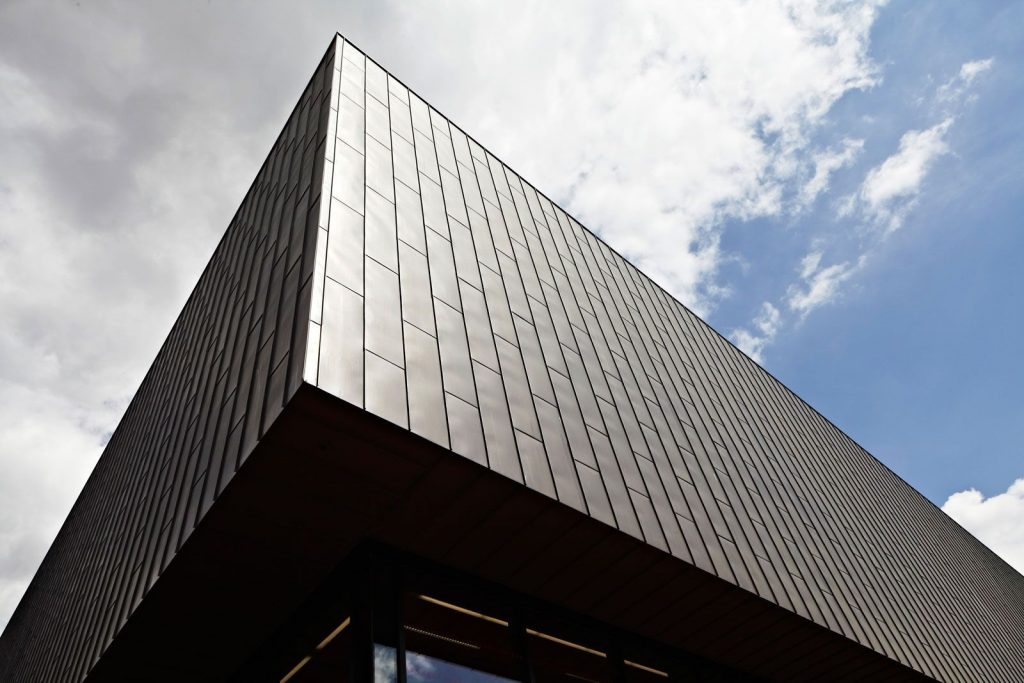 How have the key design drivers for sports venues hosting such major sporting events changed during this period?

JP: At the end of the day, every Olympic competition venue needs to satisfy the requirements of the sports federations responsible for hosting the event. This means that the actual fields of play and technical specifications remain very standard across multiple Olympics. However, there has been great development in broadcasting events (such as super high definition) and also social media platforms. All of this is changing how the Games are experienced. Therefore, the most noticeable changes in these super events are felt mainly by the spectator, both in the arenas and at home.

Stadia are also no longer simply about structures within a city. They are often used as branding elements for that city because they are telecast worldwide. The images can be compelling and can even lead to national tourism campaigns. However, after the Games have come and gone, it’s essential that these structures revert to the most suitable scale and function for the future legacy of the city. Legacy must drive all decisions, from the initial Games planning through to the post Games tear downs. It’s this thinking that drives the way that myself and my teams approach the design of Olympic venues – ensuring they are designed for flexibility, adaptability and setting them up for future commercial viability.

At HASSELL, this is the way we approach all our sports and entertainment projects, but it’s particularly important in the Olympic Game master planning and design work we do.

When it comes to designing sports precincts, how has this evolved in terms of the environment, requirements, behaviour and the expectations of those who use the space?

JP: Large and impenetrable sports master plans are hopefully becoming a thing of the past. Sports arenas need to not stand alone and should become more integrated and flexible.

Olympic sports parks are often under utilised and cannot draw the crowds to support them, and are very costly to maintain. London was a good example of creating a sustainable master plan, which was very community focused and not over scaled. The venues were appropriately scaled and the distances involved were not too vast.

Activation is critical, and so is a long term plan for retail, leisure, transport and lifestyle. This should always lead the design decisions.

What are some of the potential pitfalls and common mistakes?

JP: Cities continue to build too much. It’s a common mistake to over supply a city with permanent infrastructure, which is dedicated to the Olympic Games. There has been a strong move towards more temporary provisions, and this is to be applauded. However, there’s still a long way to go. Often the sporting federations ask for too much as part of their venue specifications, although this is gradually being improved over time. There are multiple stakeholders involved in hosting any Summer Olympic Games and so it can be quite difficult to satisfy all parties equally. It’s one of the greatest challenges.

How can venues and precincts for major sporting events, like the Olympics, be designed to achieve ongoing commercial success post‐Games?

JP: Flexibility and adaptability should be a key driver in any super event precinct planning. It’s difficult to predict the future trends and so it’s crucial that buildings and precincts are designed to allow for transformational change. If venues are too sport specific, or don’t demonstrate a degree of multi-­functionality, then their long term operations are greatly restricted and are unlikely to remain profitable and viable.

Lifestyle, leisure and retail (particularly food & beverage) elements are increasingly important influences on venue design. Temporary venues have great advantages, as they mitigate any long term financial constraints relating to management and maintenance. However, temporary venues remain expensive to build and remove, as one-off costs, and they require a certain amount of development and research.

How important is it that designers take cultural nuances into account when designing these types of venues?

JP: Respecting the local culture of any host city is vital. There’s certainly an international flavour to any Olympic Games, however, the most important additional underlying element is to integrate the local culture, cuisine, aesthetics and personality into the venues and precincts.

There’s an enormous sense of pride shown by the local people who host the Olympics, and it is what makes each and every individual Games so special.

I’m really proud of the way we managed to do this at HASSELL with the Istanbul 2020 Olympics bid design, and it’s actually what makes working on different Olympic Games so interesting and special.

As the sole design and planning consultant for Event Knowledge Services (EKS), the lead event strategist and delivery partner for the Istanbul 2020 Olympic Games Bid Committee, HASSELL played an instrumental role in helping the city in its bid to host the 2020 Games in Turkey. HASSELL was responsible for the design of over 40 Olympic venues and related infrastructure for Istanbul’s bid, the first time that a prospective Olympic city has entrusted the entire design strategy to a single practice. 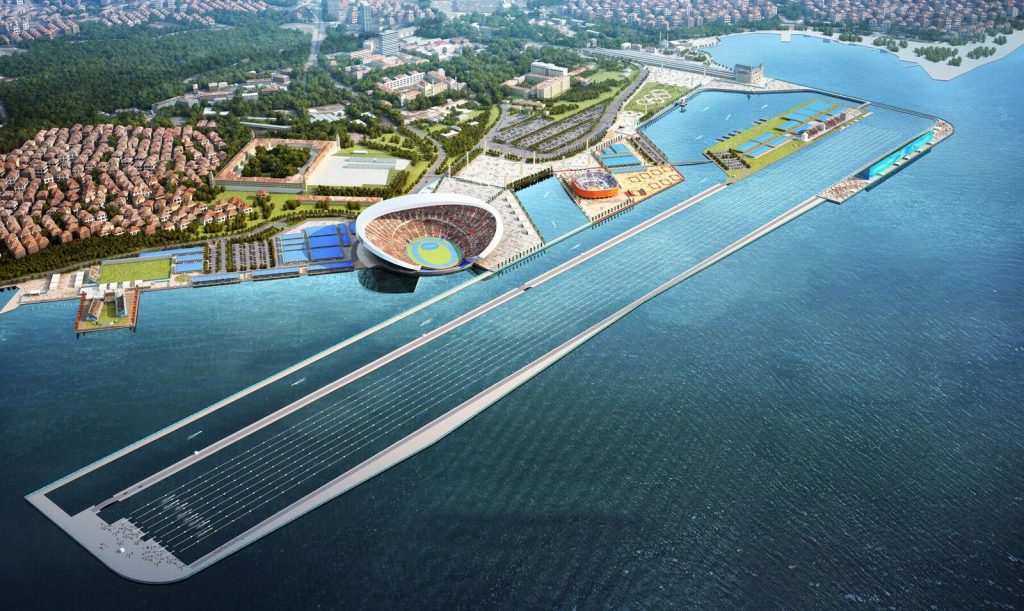 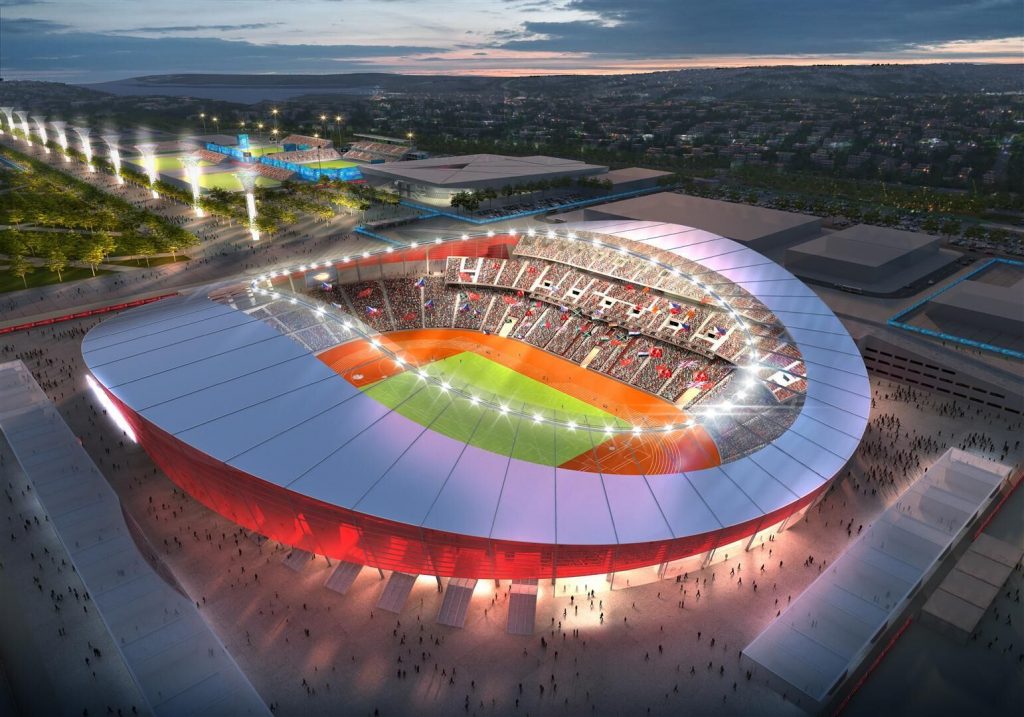 What does the future hold for these types of events and the venues that host them?

JP: The Olympics and similar international super events need to change and adapt along with the global trends and social influences. There have been enormous advancements in social media and technological connectivity, and this will have inevitable impact on the way in which people experience or engage with these events.

The Summer Olympics remain one of the only cultural phenomena that bring the world together, celebrating diversity and excellence. The Games are about great merit, and it’s this ideal that will help keep them relevant in the future. 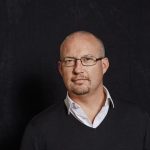 John Pauline is a Principal at HASSELL, based in Hong Kong. He is a world leader in sports design and has worked on six consecutive Olympic Games. He was a key designer of high profile projects including the National Aquatic Centre (Water Cube) in Beijing, China, for the 2008 Olympic Games and the Copperbox for London 2012.

HASSELL is a leading international design practice with studios in Australia, China, South East Asia and the United Kingdom. We judge the success of the buildings and places we design by the way people use and enjoy them – the clients who commission them, the people who inhabit them. Good design is about helping clients meet their needs and objectives. It is also about the way people feel when they experience it, a sense of meaning, connection and belonging. For more information, visit: www.hassellstudio.com