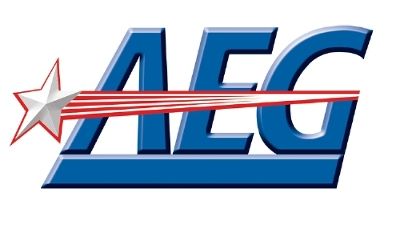 AEG, the world’s leading sports and live entertainment company, announced at the World Rugby Conference & Exhibition (ConfEx) yesterday that it has formed a new division, AEG Rugby, that will expand its reach into one of the world’s fastest growing sports by developing strategic partnership opportunities and programming that activate its global network of state-of-the-art stadiums and venues.

From both a business and participation perspective, rugby has seen unprecedented growth over the past several years both in the U.S. and throughout the world, not only among the number of participants, but also among the number of amateur and professional leagues and tournaments available to those who want to play competitively. We believe that rugby’s national and international popularity will continue to rise and we see great opportunities to align our business ventures and venues with the expanding growth of the sport.

There is no better leader for this new initiative than Dan and we are delighted to welcome him to the AEG family. His deep knowledge of rugby and strong experience with the business and operational aspects of the sport will provide us with a solid foundation to launch this exciting new division.

Speaking after the anouncement at the World Rugby ConfEx, Lyle commented:

Today the game of rugby is at an inflection point as its popularity soars around the world. I believe that it will rival other sports in terms of future opportunities and between advertising, licensing, facilities, sponsorship and partnerships there are tremendous growth prospects ahead. AEG’s global sports leadership and worldwide network of facilities makes them an ideal partner and I am thrilled to be joining their team.

According to a 2015 EY study, rugby is now played in more than 119 countries with an estimated 6.6 million players worldwide. By 2026, the number of global rugby players is expected to hit 15 million and 150 countries are expected embrace the sport, according to HSBC. Additionally, the number of participating unions in the Rugby World Cup Tournament has grown from 16 in 1987 at its inception to 95 in 2015 with a television viewership of more than 4 billion people in 207 countries.

AEG Rugby will be developed under the AEG Sports business unit which oversees such professional sports franchises as the LA Kings (NHL), LA Galaxy (MLS), Berlin Eisbären (DEL) and the Amgen Tour of California professional cycling stage race, among other assets.

Headquartered in Los Angeles, California, USA, AEG is the world’s leading sports and live entertainment company. With offices on five continents, AEG operates in the following business segments: AEG Facilities, which with its affiliates owns, manages or consults with more than 120 preeminent venues around the world including The O2 Arena, the Sprint Center and the Mercedes-Benz Arenas; AEG Live, one of the largest live music companies in the world dedicated to producing and promoting global and regional concert tours, music and special events and world-renowned festivals; AEG Sports, the world’s largest operator of sports franchises and high-profile sporting events; AEG Global Partnerships, which oversees worldwide sales and servicing of sponsorships including naming rights, premium seating and other strategic partnerships; and AEG Real Estate, which develops world-class venues and  sports and entertainment districts like STAPLES Center and L.A. LIVE. Through its worldwide network of venues, portfolio of powerful sports and music brands, AXS.com ticketing platform, AXS cable television channel and its integrated entertainment districts, AEG entertains more than 100 million guests annually.