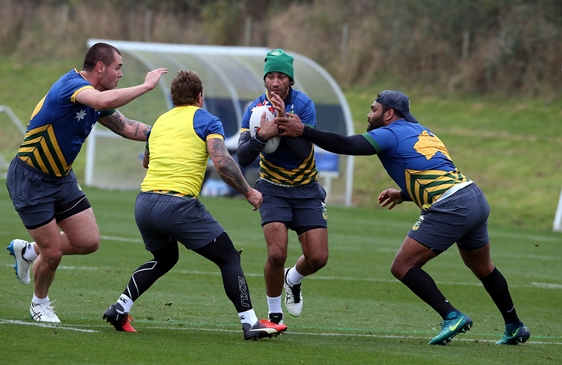 The Australian Rugby League team got their Four Nations series off to a flying start with a resounding 54-12 win against Scotland with a little help from SISGrass.

We have been monitoring the development of SISGrass for over 18 months now. Getting the right hybrid pitch is an important part of our ground development programme and having installed two SISGrass pitches at St George’s Park it has allowed us to test against competitors hybrid surfaces. Working with Dr. Ruth Mann and her team from the STRI we have been delighted with the findings.

Both SISGrass pitches continue to be used extensively with the latest addition hosting over 30 hours this month alone including the Kangaroos Four nations preparation.
The behaviour of the fibre in root zone is providing an ideal base for players across the England group and visiting teams to make the moves they need to make on a pitch with confidence. The hardness that can be associated with some hybrid surfaces has not been seen to date. Management has been straightforward and the renovation of the first SISGrass pitch was one of the best I have seen. Add in the SIS Hydrobox pop-up irrigation system, which we have installed on the pitches too, and SIS Pitches have come up with a winning combination.

We have been working closely with Alan and his team at St. George’s Park to deliver a hybrid solution that matches the world-class facilities.
The sward density and root depth in combination have delivered pitches that have been utilised more than any other on site and we are looking forward to working with St. George’s Park more in the future. 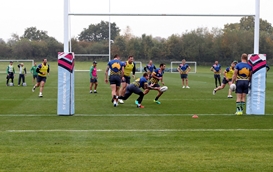 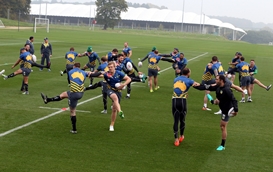 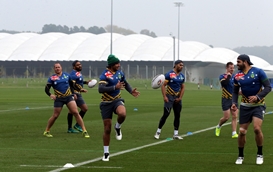 SISGrass is the next generation of reinforced natural turf brought by SIS Pitches.
The SISGrass system triumphed at this year’s Sports Technology Awards, in the category ‘Best use of technology by a Venue, Stadium Club or Franchise’. SISGrass additionally won the inaugural SAPCA Award in 2015, marking a new benchmark in quality, innovation and advancement across the sports and play construction industry.
SISGrass technology allows a pitch to be completed in five days, as recently demonstrated at Derby County FC’s iPro Stadium. Other stadium installations in 2016 include The Ta’Qali National Stadium in Malta; Besiktas’ home stadium, the brand new Vodafone Arena in Turkey; Olympiakos’ home ground, Georgios Karaiskakis Stadium in Greece; and the Sammy Ofer Stadium in Israel.
For more information, go to: www.sispitches.com

SIS HydroBox allows grass to grow immediately around the sprinkler head, and can be removed easily with minimum disturbance to the surrounding area. SISGrass fibres can be hand stitched within the box ensuring exactly the same performance as the rest of the field:

See how easy is to install SIS HydroBox: