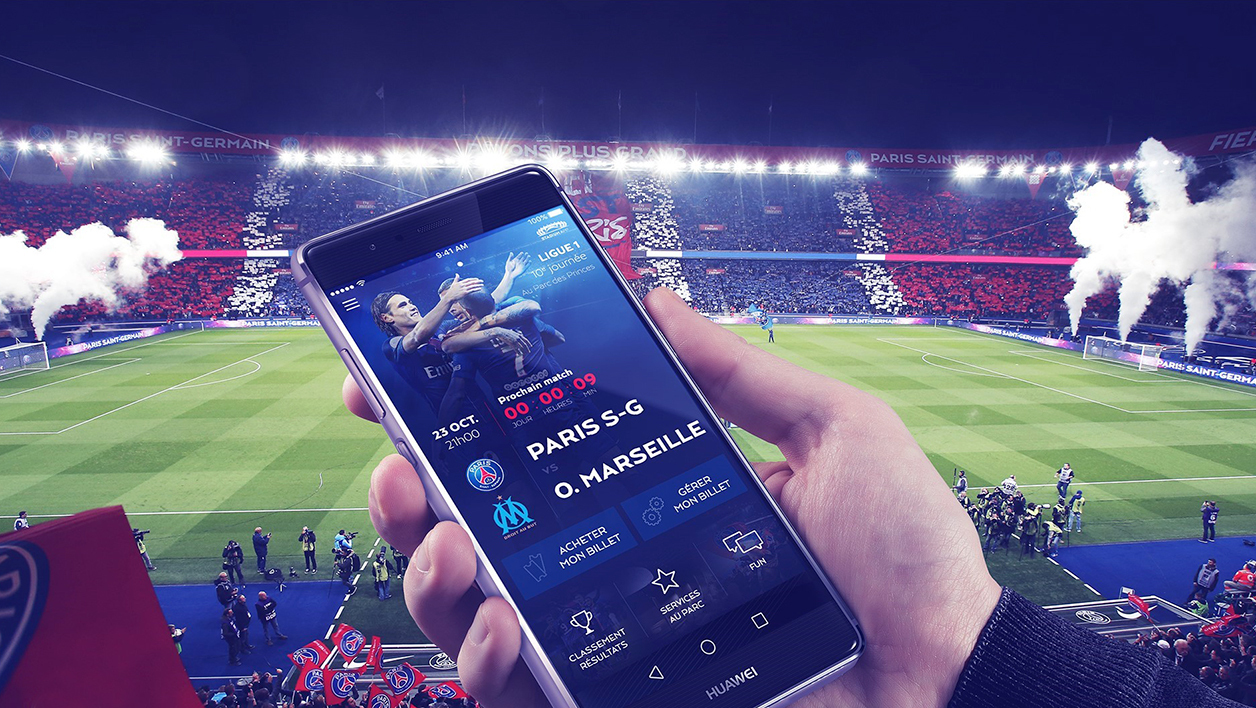 Paris-Saint-Germain (PSG) and its Parc des Princes home ground keep modernising. After deploying stadium-wide Wi-Fi access, the Club launched a new dedicated app for its fans at the venue ahead of last weekend’s French “Classique” match against Olympique de Marseille, which ended in a 0-0 draw.

The Parisian football club has great ambitions at both National and European levels. After winning the French Ligue 1 four times in a row and reaching the quarter-finals of the UEFA Champions League during the last three seasons, it has become one of the best and most popular clubs in the world.

With this new status came the will of innovating and offering new digital experiences to its fans in France and around the world. In this context, PSG decided to launch a new app taking advantage of the new Wi-Fi connectivity at the Parc des Princes stadium.

The Stadium App is an essential tool that allow users to enjoy their Paris-Saint-Germain exeprience to the full, giving them dynamic content on their homescreens so that they don’t miss a thing. It includes innovative features such as:

The app is already available on the App Store and Google Play. Its launch matches with the big clash between Paris-Saint-Germain and Olympique de Marseille, known as the French “Classique”, which took place last Sunday.
After PSG Fotofan and PSG Live, Paris-Saint-Germain once again trusted Netco Sports to assist in its digital development.

The renovations at Parc des Princes

After two years of renovations, between 2014 and 2015, and all while maintaining the stadium’s maximum capacity, Paris Saint-Germain’s Parc des Princes has been completely renovated and now offers optimal working conditions and comfort. The stadium is now on a par with the best in the world and is 100% dedicated to football.

The former administration offices of Paris Saint-Germain have been attached directly to the stadium via an immense four-floor atrium. The Great Hall also now features a club museum and mark the starting point of visits to the Parc.

The new VIP lodges and salons at Parc des Princes