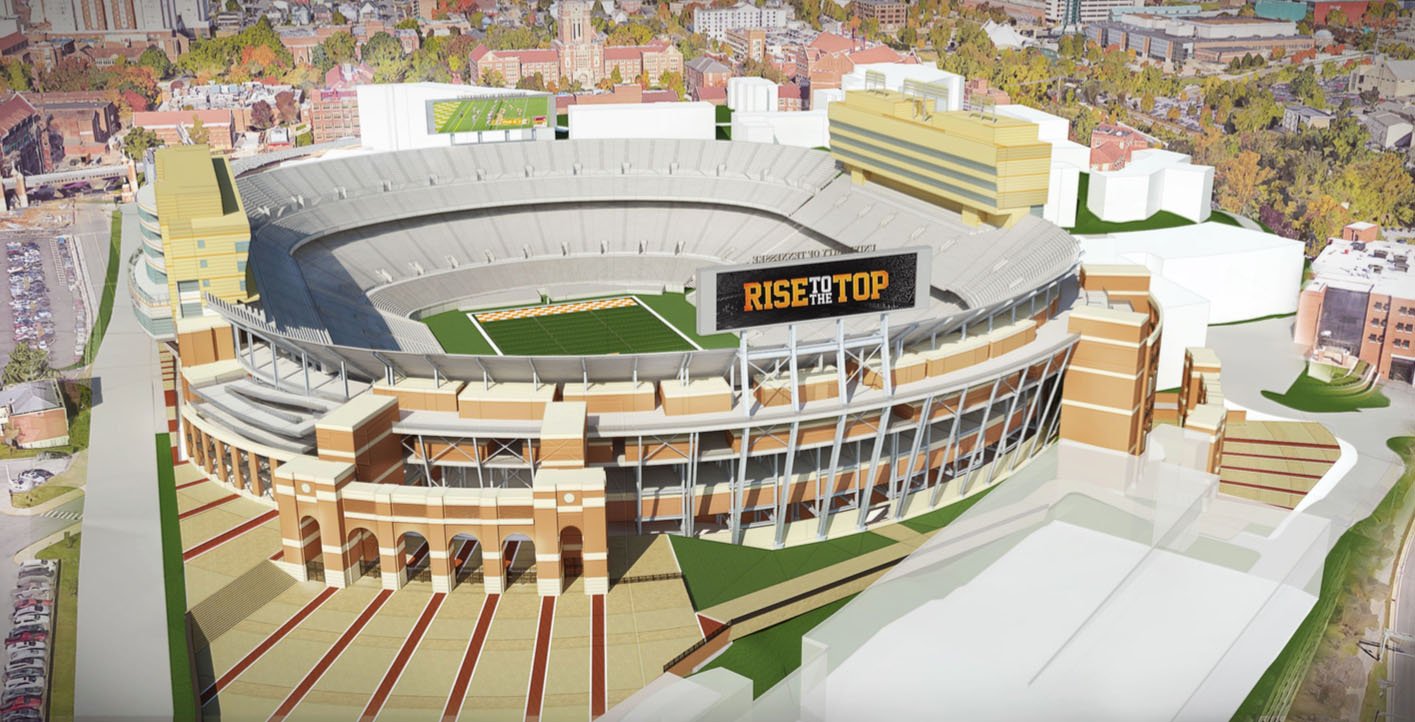 After a comprehensive nine-month assessment, UT Athletics has completed a feasibility study for future renovations to the historic Neyland Stadium. The study, led in collaboration with Populous, a global leader in sports architecture and design, provides a systematic roadmap for making improvements to the Stadium.

The groundwork has been laid for proceeding with a much anticipated investment in Neyland Stadium. The study encompasses all the essential elements to ensure that Neyland Stadium remains a preeminent college football destination and experience for current fans and future generations alike.

Commenced in January 2016, the study process entailed a review of existing conditions, fan feedback, design concepts, cost estimations, and funding scenarios. The study’s plan expedites safety considerations and balances the broad renovation scope over a multi-phase approach. The resulting design preserves the heritage and identity of Neyland Stadium, while modernising and enhancing certain aspects of the iconic venue.

When people think about Tennessee football, they think about Neyland Stadium. The tangible care and attention given towards this Knoxville landmark is critical in maintaining a special environment and the significant impact that Neyland Stadium has on our football program, University and entire Volunteer community.

The overall plan sequences the renovations in an intentional manner by beginning at field level progressing upward and around by concourse. At the outset, the plan improves functionality such as enlarging restrooms and concessions stands and better optimising the use of spaces under and around the lower seating bowl. Upon completion of the renovations, Neyland Stadium will retain an official capacity in excess of 100,000.

On behalf of UT Athletics, I express our appreciation of the board’s support for this important, and ultimately imperative, decision to redirect our financial resources back into Neyland Stadium. The highly competitive nature of the SEC requires timely and dedicated action to achieve and sustain success. A major renovation to the stadium will enable us to reach these goals.

Originally constructed in 1921 with a seating capacity of 3,200, Neyland Stadium has undergone 16 expansion projects and, at one point, reached a capacity of 104,079 before being slightly reduced by alterations in the last decade. Most recently, the venue underwent a nearly US$150m, three-phase renovation initiated after the 2005 football season and concluded prior to the start of the 2010 football season.

Neyland Stadium is the fifth-largest football stadium in the United States with an official capacity of 102,455.