Victory Field to get US$2.4m in video & sound system upgrades 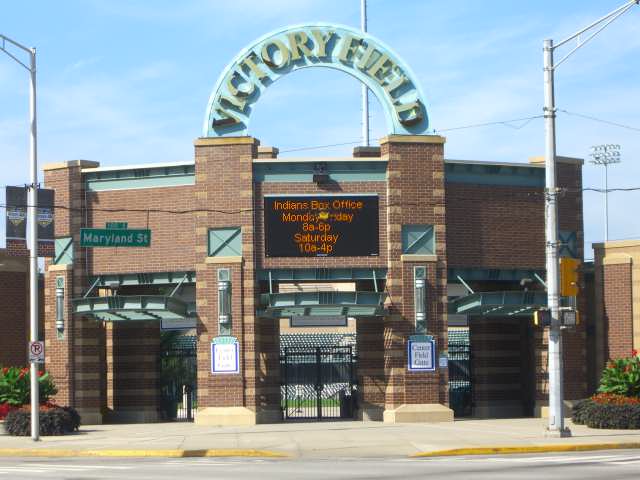 The Indianapolis Business Journal has reported that fans visiting Victory Field – the minor league ballpark that is home to the Indianapolis Indians of the International League – might feel even closer to the action next season thanks to the technology upgrades being made to the ballpark’s video boards and sound system.

Some of this is replacing equipment original to the venue. This is a big deal for Victory Field.

The CIB approved paying Brookings, South Dakota-based Daktronics US$1.41m for a new video scoreboard and ribbon boards; Indianapolis-based Duncan Video Inc. US$634,206 for high-definition cameras and other upscale video production equipment; and Indianapolis-based Ermco-Esco US$352,040 for a new sound system.

The upgrades will be completed in February and the Indians General Manager, Randy Lewandowski, said fans coming to Victory Field will notice an immediate difference next season.

The new video board is going to be three times bigger than the old one, and we think it’s going to really enhance the fan experience at the ball park. The picture will be much clearer, better resolution, and brighter—so there won’t be any issues with the setting sun. This video board is the brightest on the market and that will make a big difference.

He also advised that the new video production equipment will allow the new video board to show better replays, slow motion and other special effects.

The upgrades also include installing two video ribbon boards for the first time at Victory Field. Spanning 135ft each, they will be installed along each baseline and mounted to the facing of the upper deck. They will allow the team to display additional game statistics and information such as pitch speed, pitch count and game scores.

The new sound equipment will take the venue from an analogue to a digital system, as Lewandowski confirmed:

That’s a significant upgrade. The sound will now be louder and clearer than it was before.

Sound in general is what creates the atmosphere at the ball park. And we think this new sound system will be a big part of that.

The new outfield video board and ribbon boards also should enhance the team’s ability to sell advertising at the ballpark.

The improvements come as part of a lease deal for Victory Field signed between the CIB and the Indians in November 2015. The terms of the 20-year deal, which began April 1, 2016, and runs through March 31, 2036, includes a provision for the CIB to pay US$6m over three years for improvements to the city-owned venue, which opened in 1996.

The Indians agreed to pay any amount over US$2m per year over the next three years for the improvements. This year, the team will pay about US$400,000 for the project.

Under the terms of the team’s current lease deal, the Indians pay no rent, but will continue to cover all maintenance, repairs and operational expenses. Under the former 20-year lease deal, the team paid $500,000 annually to lease the 14-acre venue and an additional $50,000 annually as part of a ballpark improvement fund.

Indians officials promise the projects won’t be the end of Victory Field improvements. Already, as part of the CIB deal, team officials are considering enhancements to the facility’s suites and stadium seats and a front office expansion.

Lewandowski said the team won’t hesitate to invest its own money, as he explained:

We’ve always put an emphasis on maintaining Victory Field as a first-class venue. This is the beginning of the next generation of the ballpark, and these projects [approved Friday by the CIB] are helping launch that.