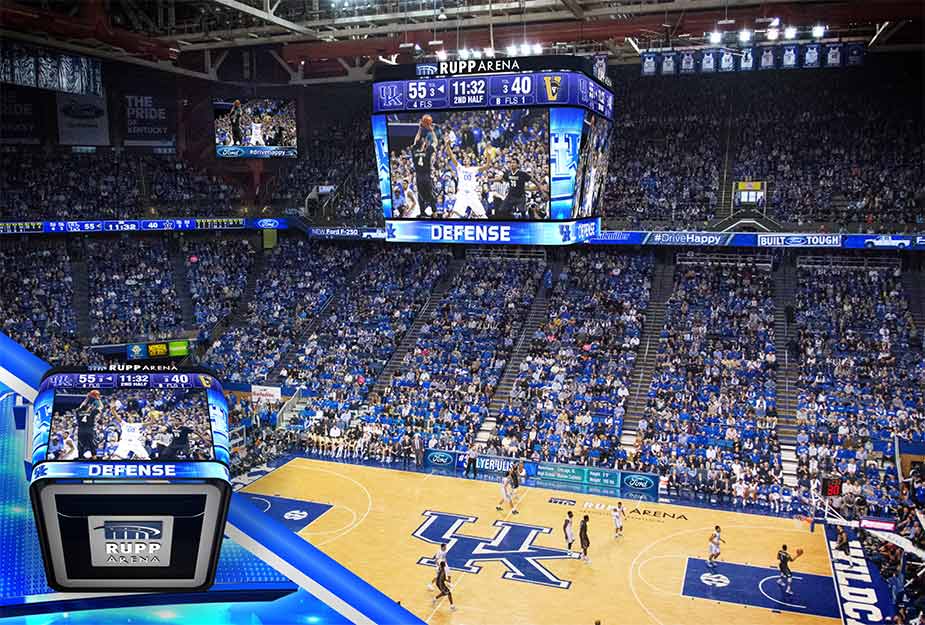 Rupp Arena ushers in a new era of technology, as it unveils newly completed upgrades, including a new centre-hung video board and sound system.

Lexington Center and Rupp Arena have unveiled the much-anticipated technology upgrades this week, which began in May and have been underway throughout the summer and early autumn/fall.

Other improvements scheduled over the next few months include installation of wireless internet throughout the Arena, replacing the video display in the Rupp Arena lobby, and new exterior marquis signs that hang on the Hyatt Regency Hotel at Broadway and W. Vine, and Broadway and High St.

According to Bill Owen, Lexington Center CEO and President:

These state-of-the-art technology upgrades and new installations provided by Lexington Center Corporation will greatly enhance Rupp Arena’s sports and concert fans’ experiences. They will also lead to significant increases in revenue which is vital to the operations of Lexington Convention Center, Lexington Opera House, Triangle Park and Rupp Arena.

The Lexington Center technical staff has worked diligently and tirelessly over the last six months to keep this major project on track to ensure a seamless transition into the 2017 event season, kicking off with Big Blue Madness on October 14th. We are excited to usher in a new decade of   premier entertainment in this newly upgraded, legendary venue.

Earlier improvements, which were part of the original US$15m project, were completed during the 2015-16 men’s basketball season and included: installation of new venue video production equipment (allowing for in-house HD video), replacing the four corner LED screens with HD state-of-the-art screens in a 16×9 aspect ratio, and LED ribbon boards installed along the upper arena fascia. 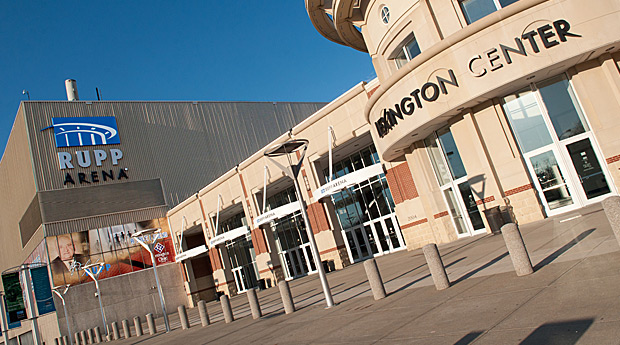 Lexington Center Corporation (LCC), an agency of Lexington’s local government, was built in 1975. Sharing its complex with the Hyatt Regency, LCC includes the Lexington Convention Center, The Shops at Lexington Center, Lexington Opera House and Rupp Arena, home court to the University of Kentucky Wildcats.