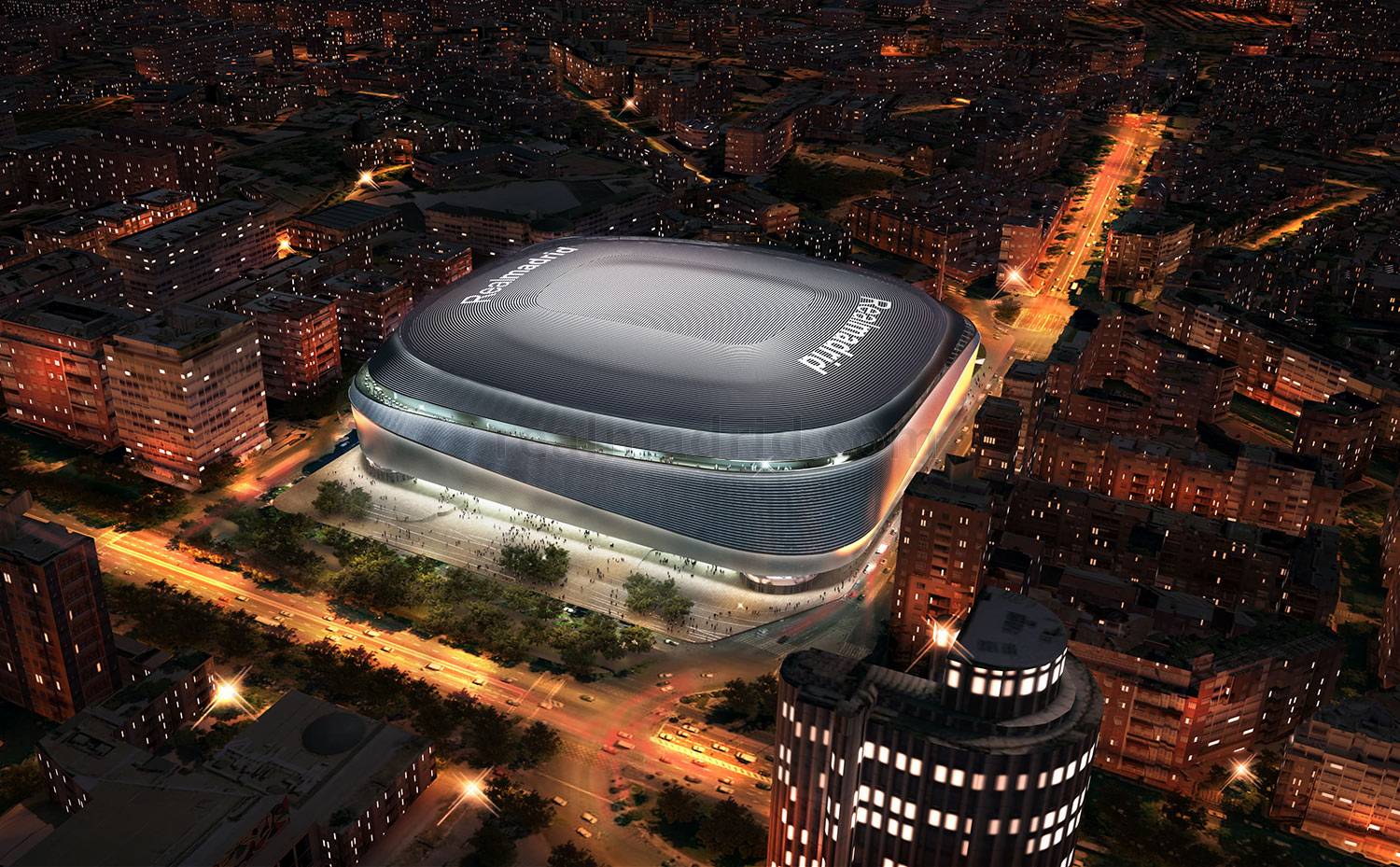 Real Madrid FC and Madrid City Council confirmed at a press event yesterday (12 Oct, 2016) that agreement has finally been made to move ahead with the €400m remodelling of the Santiago Bernabéu and the surrounding district, following a High Court ruling in favour of the project.

The event was attended by the President of Real Madrid, Florentino Perez; the Mayor of Madrid, Manuela Carmena; the delegate of the Sustainable Urban Development Department, José Manuel Calvo; and Councillor President of the Chamartin district, Mauricio Valiente, along with a large number of the Club’s Board of Directors.

Speaking at yesterday’s press event, Perez praised the importance of the agreement, saying:

Today is a very important day for Real Madrid, for its fans, for its members and for our city. It is a happy day for everyone because as a result of the consensus and this agreement, we will see a dramatic transformation of the Santiago Bernabéu. As we all know, this stadium is one of the emblematic icons of our city and we want to make it one of the best stadiums in the world and the undisputed symbol of the strength of our capital.

Our club has some everlasting values. The most important of all is that Real Madrid has no owner, it belongs only to its members, who are the people who mark the direction. For madridismo around the world the Santiago Bernabéu is a place of emotions and an essential reference. With this agreement we will start a process of modernisation and transformation that will convert the stadium in to an avant-garde architectural icon.

This stadium will act as an economic and touristic invigorator and will contribute to strengthening the image of our city. This plan will also improve the whole area around of the stadium. The neighbours will be able to enjoy a more sustainable remodelled environment. During our 114 years history we have wanted to be at the high level of Madrid and it’s people. From today we are facing a new challenge. We will have the best stadium and we are doing it for Real Madrid, our fans and this city.

It’s a good agreement for the city of Madrid. I have great satisfaction to offer an important new agreement to Madrid and especially for what it means for the city and Real Madrid’s emblematic Bernabéu Stadium. We always want to go forward and the best procedure is to meet, listen and understand. This agreement is concluded and has been done to promote the modernisation project of the stadium and improving the urban environment of our beloved Bernabéu.

The highly-anticipated €400m redevelopment is due to commence at the end of the current 2016/17 season. The retractable roof and state-of-the-art facade from gmp’s original designs have been retained, however the proposed hotel and commercial area are still to be negotiated. Real Madrid will look for a sponsor to part-fund the project through a partial stadium naming rights deal, which would see the sponsor’s name tagged onto the end of Santiago Bernabéu.