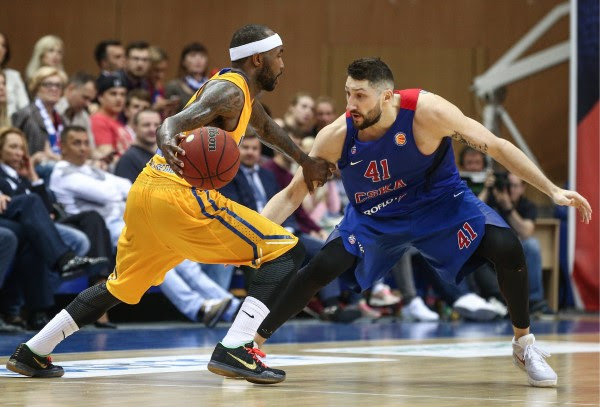 Lagardère Sports recently announced that it has signed an exclusive deal with the VTB United League to sell the media broadcasting rights for the annual European basketball league worldwide (excluding participating countries). The multiyear deal will run for three seasons from 2016/17 to 2018/19.

The VTB United League was established in 2008 under the umbrella of the Russian Basketball Federation and has been sponsored by VTB Bank (Vneshtorgbank) since its beginning. The international basketball competition unites leading Eastern European basketball clubs. Lagardère Sports will use its expertise and vast network to increase and maximise economic distribution, whilst also helping the VTB United League maintain its position as one of the strongest basketball competitions in Europe.

We’re delighted to be working with the VTB United League – with more and more clubs competing it’s an exciting time for the league, and we’re certain there will be big interest in media rights across the world. We’re looking forward to help bring the league to new as well as existing viewers over the next three years.

We are proud to be represented by Lagardère Sports worldwide. The only way to become truly international and commercially successful you have to associate yourself with the best professionals. And we are certain that our partner has enough expertise to help us take another step on our way to adding more recognition to our product.

With an experienced Media Sales management team, Lagardère Sports is able to service territories around the world and provide solutions to package and monetise media rights efficiently and effectively.

The VTB United League is an international professional men’s basketball league that was founded in 2008. Its goal is to unite the leading basketball clubs of Eastern Europe and Northern Europe together into one league. At the moment, many top-rated European clubs participate in the VTB United League, such as CSKA (Moscow), Lokomotiv-Kuban (Krasnodar), Khimki (Moscow region), Zenith (Saint-Petersburg) and others. The league is sponsored by VTB Bank, who are also the naming-rights holders for VTB Arena Park.

VTB Arena Park is an overall US$1.5bn reconstruction and refurbishment of Dynamo Central Stadium and its surrounding area, which combines a contemporary approach to sports and entertainment. It is situated in a unique location, within a historical green area, in the heart of Moscow, and is a perfect blend of modernity and dynamism, while maintaining the best sports and historical traditions.

The project is an outstanding example of an innovative approach to the arrangement of living space in the metropolis. It perfectly combines sports, entertainment, commercial and residential facilities.

The two stadiums and the indoor arena will be situated above the existing walls of the old Dynamo Central Stadium, preserving the perimeter façade of the existing arena and integrating it functionally and aesthetically into the new proposal.
To be financially self-sustaining, VTB Arena Park will also host cultural and retail facilities.
The outdoor stadium offers seating for 27,000 with private suite boxes and VIP business seats. The indoor arena will be compliant with IIHF and the NBA and offer a capacity of 12,000 seats in hockey configuration and also includes private suite boxes and business seats.
In July 2010, the owner and developer of the Project, VTB Bank, selected Erick van Egeraat as the winner of the international design competition for the Project. Soon after, in November 2010, MANICA was contracted to be the exclusive Design Architect of the Project. Working in partnership with SPeeCH Architects as the local General Architect in Moscow, VINCI Construction broke ground in late 2012.
The project is anticipated to open in 2017.

VTB Arena (formerly Dynamo Central Stadium) – is a multifunctional sports and entertainment complex, being created as part of the overall reconstruction of the Stadium and other sports facilities on the site of the legendary Russian Stadium, which has seen a lot of great victories. The location of the Stadium and Arena, all under one roof, within the boundaries of the existing walls, makes the Project unique not only in Russia but also in Europe.

Dynamo Sports Academy – a high-end sports and training complex that caters to all tastes and even the highest demands of not only professional sportsmen and women, but also of amateurs. A sports school and fitness-centre will also be located here.