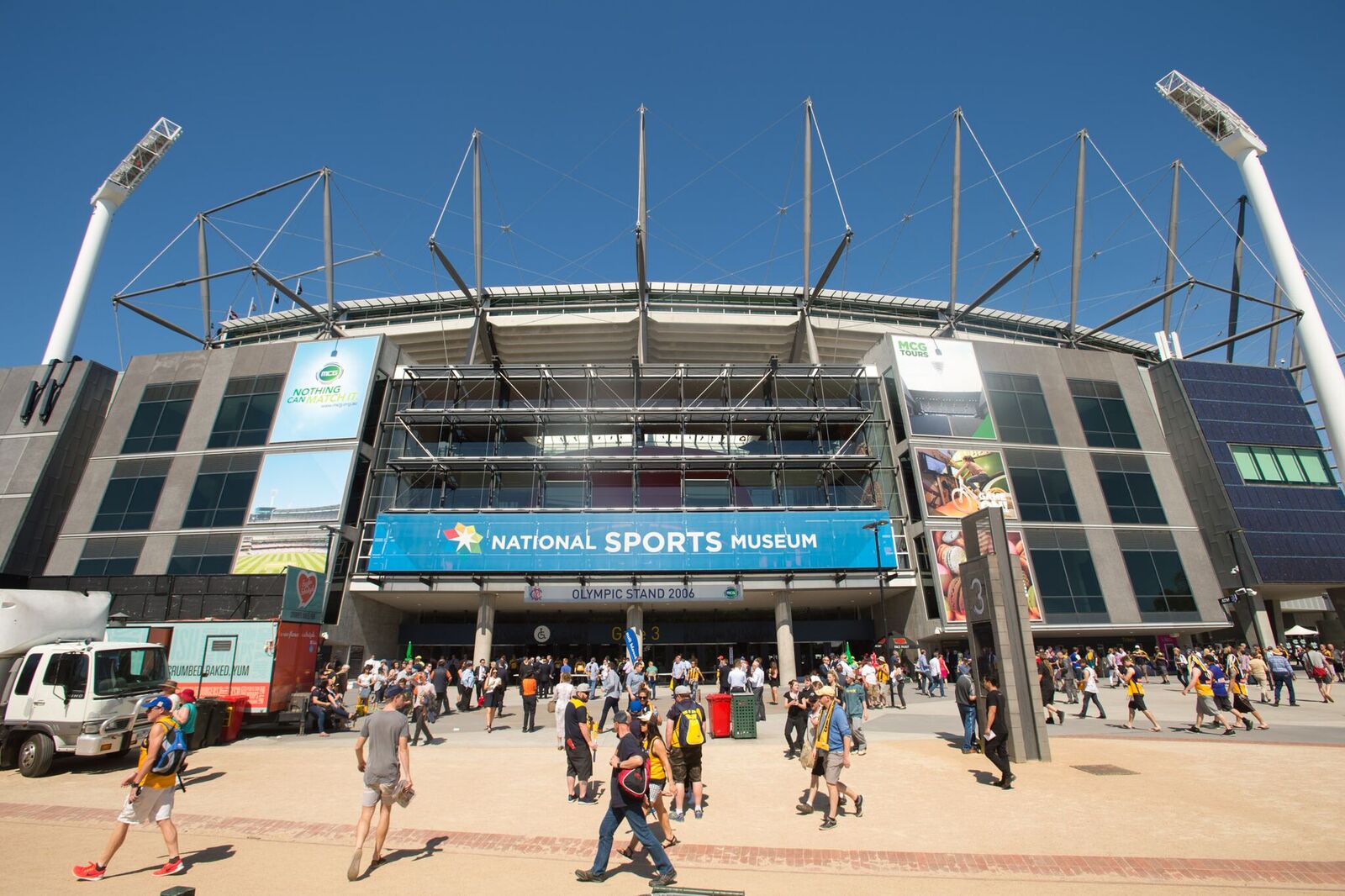 Footy fans attending the AFL Qualifying Final between Geelong Cats and Hawthorn at the Melbourne Cricket Ground (MCG) were encouraged to connect to the Stadium’s Wi-Fi at half-time to help the venue set a new Wi-Fi connection record.

With a crowd of more than 85,000 expected, the Melbourne Cricket Club (MCC) was hoping to better the Stadium’s previous mark for the most people connected to the Wi-Fi network at any one time. Fans simply needed to connect during the half-time break for the chance to win a special Guns N’ Roses experience, including four tickets to the upcoming MCG concert and access to an exclusive cocktail function.

Speaking before the game, CEO of the MCC, Stephen Gough, advised how the Finals series provided a perfect opportunity to put the Wi-Fi network through its paces and test its full capacity.

Since launching our free Wi-Fi network last summer, we have received overwhelmingly positive feedback from cricket and football fans alike.

However, just as the competing teams will be looking to reach their peak during the finals series, we too are hoping to put our Wi-Fi network under maximum pressure and set a new record for the most people connected to Wi-Fi at one time at the MCG.

More than 150,000 people have connected to the MCG’s free Wi-Fi network during this AFL season, allowing them access to real-time and interactive content, post and check in on social networks, use apps to check fantasy team scores and stream video – all without tapping into their own mobile data plans.

We significantly bettered the MCG’s previous record for the most concurrent Wi-Fi connections, with approximately 16,500 fans able to connect at the same time. We are confident that this is the highest number of concurrent Wi-Fi  users achieved in Australia, and the figure represents roughly 20 percent of the total match attendance.

We are certainly pleased with this outcome and have gained some valuable insights and learnings about the Wi-Fi system as a result. We will now be working with our technology partners Cisco and IBM to improve even further, to ensure  fans have experience world-class connectivity every time they visit the ’G.

The Wi-Fi network was installed prior to Christmas last year, as part of an A$40m technology investment in the MCG, which included new scoreboards, hundreds of networked television screens, exterior lighting and LED signage inside the Stadium.